ASB MAGAZINE:   Globe announced the upcoming release of the Eucalyptus Skateboard Deck – the first in a series of collaborative projects between the brand and the Eames Office. The project has seen Globe create a limited run of collectible skateboard decks crafted from a eucalyptus tree felled for conservation purposes at the iconic Eames House, designed by Charles and Ray Eames and built in the Pacific Palisades of Los Angeles.

The Eucalyptus Skateboard Deck project began to take shape at the first in-person meeting between Globe and Lucia Eames of the Eames Foundation in early 2020. During this meeting at the Eames House, it was discussed that one of the house’s iconic eucalyptus trees, tree #236 (or ‘Molly’), was set to be felled – as the tree had grown old and started to pose a risk to the Eames House and those who looked after it.

Finding a way to repurpose this eucalyptus timber became the basis of the Eucalyptus Skateboard Deck project – an undertaking set about giving ‘Molly’ new life in the form of a skateboard design that complements Charles and Ray’s vision for the house that served as their home and studio for decades. The individually numbered edition of 100 skateboard decks is strictly limited by the quantity of timber offered by ‘Molly’.

Speaking about the project, Eames Office Director, Eames Demetrios, has said: “We had just started our partnership with Globe, the Australian skateboard brand. After much research, we’d chosen them as a partner because of their shared appreciation of quality and craftsmanship –and it sure didn’t hurt that they’re also clear industry leaders. This deck of treasured wood seemed like the perfect place to start, and ended up a passion project for both Eames Office and Globe.”

Both the material and the design of the Eucalyptus Skateboard Deck represent a shared history between Eames and Globe. The eucalyptus trees that surround the Eames House have an Australian origin – first brought over in the Californian Gold Rush and later propagated throughout the greater Los Angeles area as a prospective source of timber by the enterprising developer Abbot Kinney in the late 1800’s.

The surf-inspired shape of the Eucalyptus Skateboard Deck is a tribute to the history of Venice Beach and Santa Monica, where surfers first took their passion for boardsports on-land. Specific design elements take their inspiration directly from Ray and Charles’ work – including the laser-etched Eames Dot Pattern on the top of the deck, and the wave-like channels on the bottom to match the Eames Folding Screens.

The total numbered edition of 100 Eucalyptus Skateboard Decks will be released for the 80 Years of Design exhibition in November. This exhibition will take place at Isetan, the Shinjuku-based department store where Charles and Ray had their first furniture exhibition in Japan in 1961. The project marks the first in a series of collaborations between the Eames Office and Globe – with more to come as the pair work to uncover more connections between the legacy of Charles and Ray Eames and the Globe Brand.

United by over three decades of boardsports, street culture, design and film, GLOBE represents an international network of riders and designers. Emerging out of the Melbourne underground skate scene of the 1970s, Australian brothers Stephen, Peter and Matt Hill started a skateboard distribution business that set off a new movement in Australia and eventually led to the launch of the GLOBE brand in 1994. GLOBE is premium boardsports footwear, apparel and skateboards. The Globe Skateboarding team includes Austyn Gillette, Mark Appleyard, Sammy Montano and Aaron Kim, along with Taj Burrow, Dion Agius, Shaun Manners and Jai Glindeman on the Globe Surf team.

ABOUT THE EAMES OFFICE:

Charles and Ray Eames founded their Los Angeles-based design practice Eames Office in 1941, producing significant contributions to the various mediums of architecture, furniture design, film, textiles, toys, exhibitions, and beyond. Through their work, the Eames Office reconceived the concept of a design studio in terms of philosophies, work ethic, and processes. Since Charles’ passing in 1978 and Ray’s passing in 1988, the Eames Office has continued its mission as led by the next generations of the Eames family.

Today, the Eames Office remains dedicated to communicating, preserving, and extending the work of Charles and Ray Eames as a manifestation of one broad, all-encompassing goal: positively impacting people’s lives and environments. To carry out its mission, Eames Office works closely with authorized manufacturers to bring original Eames designs to market, introduces their work to new generations through educational programs, curated exhibitions and collaborations, and extends the duo’s overall legacy through its ongoing support of the Eames Foundation. 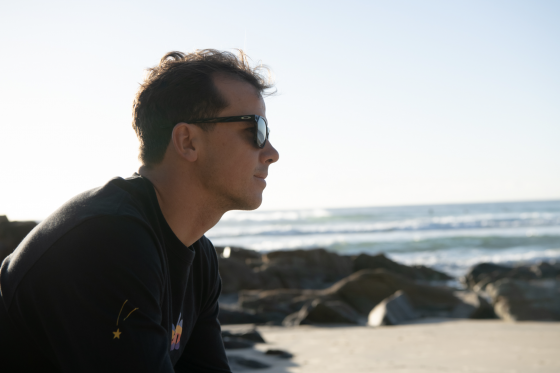 OAKLEY LAUNCHES ‘BE WHO YOU ARE’ CAMPAIGN WITH JULIAN WILSON 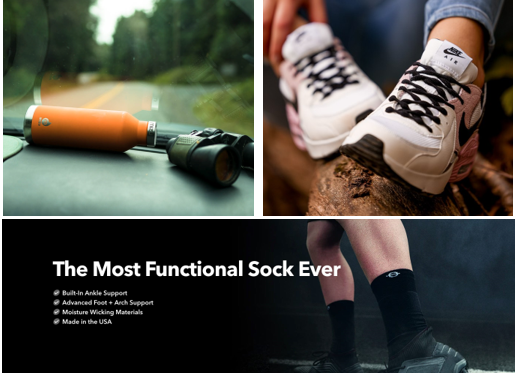