ASB MAGAZINE: A group of environmental activists has paddled out into Corio Bay (Geelong VIC) to confront a seismic testing ship. The protest was staged to alert the Australian public to the damage seismic testing has on our ocean environments. The vessel Geo Coral is due to travel to the Otway Basin to test waters off Tasmania’s King Island.

“We’re paddling for the oceans, marine life, and the future of our children. We simply don’t want new polluting fossil fuels and explosive seismic testing anywhere near King Island nor the Otway Basin,” explained Surfer and Patagonia Global Sports Activist Belinda Baggs, who was among the 17 people in the water. “Seismic testing has devastating impacts on marine life. The pathway to new gas exploration risks a healthy ocean and adds to emissions that we drastically need to reduce.”

The group’s formal consultations, submissions, and other attempts to communicate concerns over seismic testing and new gas drilling had been ignored. “We paddled today because we’re sick of being brushed to the side,” added Baggs.

Geo Coral is set to commence testing on behalf of global oil and gas giant ConocoPhillips, despite opposition from locals, fisheries, and the wider community.

Directly following today’s covid-safe paddle out, more than 30 passionate Victorians assembled at the gates of the port. Among them was lobster fisherman Trevor Barker who has already seen seismic testing decimate marine life in his Otway Basin fishing grounds. “Over the last year fishing has been in strong decline, the ships just go out there and blast away and don’t care what they wipe out.”

A key organiser on the shore was the Otway Climate Emergency Action Network (OCEAN). “If this level of destruction was happening on land, it would be impossible to ignore and completely unsupported,” told Lisa Deppeler from OCEAN. “We gathered at the Port of Geelong to expose the seismic ships and their dirty little secret to the people of Australia. With the recent IPCC report and the United Nations declaring a red alert for humanity, it is criminal to be exploring for new gas and oil deposits.”

The surfers urged concerned citizens to head to https://surfridertas.good.do/NoGasAcrossTheBasswhere they can send a letter to ConocoPhillips CEO Ryan Lance. Find additional information at Ocean.org.au. 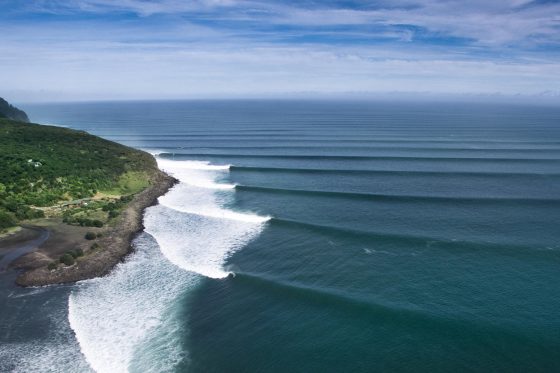 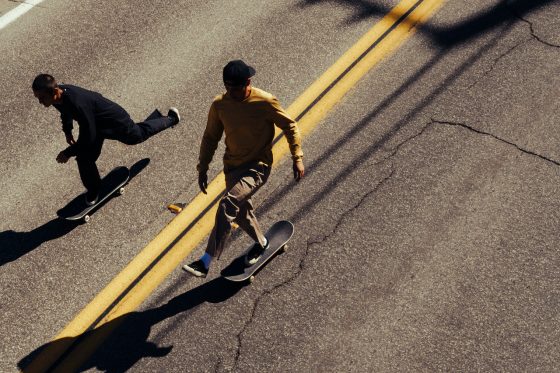