ASB MAGAZINE: Former Unit Co-Founder Paul Everest has emerged from the shadows of Unit to launch Brand 360 and Parader Brand. Reflecting on the peak of Unit’s traction in the market, Everest said that at that time there had not really been a new player on the scene in terms of ‘Large Action Sports Brand’ in Australia since Rip Curl, so Unit was a new thing for retailers and for those that took the brand on. Everest refers to his time at Unit as his ‘rookie year’ in the industry, admitting that Unit was an amazing ride that allowed Everest to see the good and bad in human beings.

“It (Unit) allowed me to see the world. I learned many important life lessons that you can’t teach,” said Everest.

“Having been through the journey of building an internationally-recognised brand from a garage, I intimately know the challenges involved. Through that incredible experience I learned from my many mistakes and successes, which now allows me to help others attempting to do the same thing with Evrst Brand 360 Program.” Slots in the program are sold out until August.

“The term I coined is ‘VBP’ (Virtual Business Partner) I limit it to three spots per month so that I can maintain a high level of service and communication,” Everest told ASB.

“I remember listening to an Audiobook by my favourite business coach Brian Tracy in the very early days of Unit. He says ‘write down your goal every single day.’ I thought to myself what if I just make all my Internet passwords my goal? – Then I would be writing it at least 5 times per day. So in 2002 I made all my Internet passwords my yearly revenue goal, which was $20million. At that time I think we had $85 in the bank. Eight years later in 2011 (our peak year) our yearly sales hit exactly $19,997.040.20,” Everest told ASB.

“This number was no coincidence. I still clearly remember the piercing chorus of 20+ tape guns sealing boxes all day long in the warehouse. It was an amazing moment!” Reflecting on the time of the collapse Everest said that in 2012 due to the mining industry collapse Unit lost 40% of its sales in one year just as the company was expanding into the USA.
“It was an un-recoverable position. We did have a large California-based buyer for Unit lined up in the last hour but the bank was too eager to deploy their vultures and hyenas,” Everest told ASB.

“I always say, haters are great way to know you are doing something right.”

Cofounder and brother Ian Everest works in Brisbane managing a wholesale fabric business. However, Paul Everest’s current focus is on creating a digital fulfilment apparel company in South East Asia. Currently only in its second year the company is seeing consistent 15% growth per month.

“We use $250k Israeli-Made Kornit machines that produce a print quality equal to screen printing. No screen set-up fees, no minimum quantities, and no delays. The new machines that are coming out next year can do up to 2500 tees per day,” said Everest.

Everest has partnered with a California based company that can produce a garment: printed, tagged, folded, bagged and sent within two hours of the order being placed.

“If an order comes from anywhere in South East Asia it is fulfilled from our Brisbane Factory. If it is an order from North or South America our California factory fulfils it. Next year we will have a London-based factory for Europe.”

But Everest hasn’t lost sight of where it all began. “We love working with surf stores because their short-run needs are perfect for us. Every surf store should be selling its own vertical brand. It’s an extra 10-15% sales that is low hanging fruit for the store and is also a great marketing tool in itself,” says Everest.

Everest recently launched his new brand, Parader, aimed at a different customer base than Unit. He says it’s growing quicker than Unit ever did. “I love designing t-shirts and building brands it feels great to be back in the game… a bit older and wiser now though.” 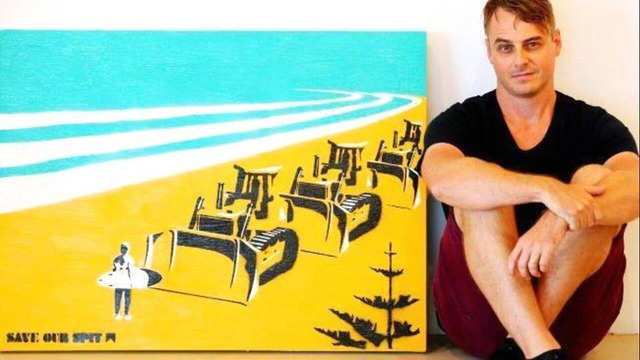 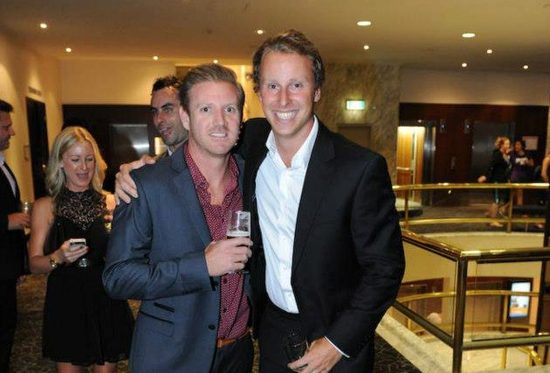 BENNETT BACK AT BILLABONG 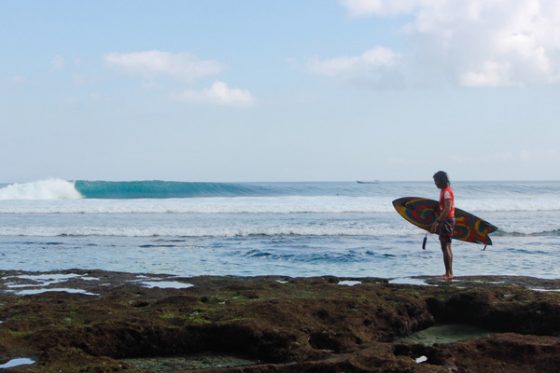