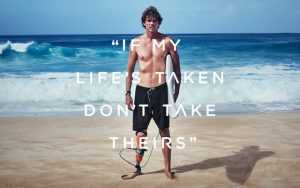 ASB MAGAZINE: A new Australian initiative aiming to promote the coexistence of surfers and sharks is hitting Australian and international shores. Fin For A Fin is a specially-designed range of surfboard fins aiming to transform the eye for-an-eye mentality that sees the protection of humans at the cost of sharks’ lives through drum lines, nets and mass culling. By attaching the Fin For A Fin surf fin to their board, in the event of a shark attack the fin signals to authorities the surfer’s wishes not to kill the shark in retaliation. The concept has attracted worldwide interest, including from internationally-renowned photographer and surfer Mike Coots, who was attacked while surfing as an 18-year-old. “Shark incidents can evoke vengeful responses from family, friends, communities and governments. As a surfer, I understand I’m entering a shark’s natural environment, and we need to coexist,” said Mike Coots. “This fin is my way of voicing my stance. And that is, if my life is taken, don’t take theirs,” he added. Fin For A Fin marks the creation of a global community register allowing surfers who purchase a fin to record their wishes. This database gives them a powerful voice in the unfortunate event they can no longer speak for themselves, informing both the next of kin and authorities. The project has launched on crowdfunding site Indiegogo. Partnering with Torquay brand Glide Fins, the premium custom fibreglass fin design is registered for sale at $160. Profits from the fins go toward protecting both sharks and surfers by funding shark alert network, Dorsal, and shark education and research charity, Tag For Life. 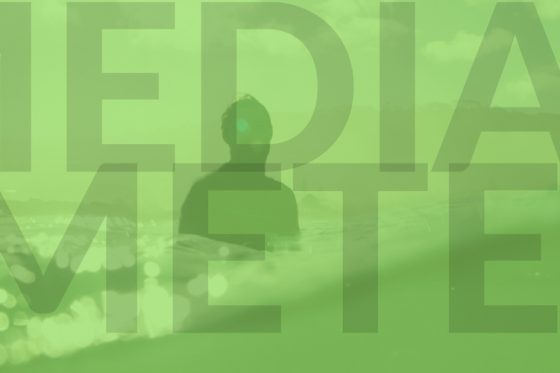