ASB MAGAZINE:  Members of the Surf Boardsports Industry Association (SBIA) gathered in Sydney last night to honour Dougall Walker as he received the ‘Service to the Industry Award’. Dougall was recognised for his service across the board sports industry, as a competitive surfer, industry executive with Billabong and Volcom and as a mentor for upcoming generations. In all  51 awards, across 26 categories were presented throughout the night with full results below.

The Service to the Industry Award is an integral part of the SBIA Awards and recognises those individuals or organisations who have made a significant and substantial contribution to the Australian Surf Industry.  This award was first inaugurated in 2012 when Anthony Wilson – Founding President of SBIA (Previously SRF), owner of Wilson Retail, Saltwater Wine &  Stormriders won the prestigious award. Past recipients of this Award also include Simon Anderson (2018), John ‘Sparrow’ Pypurne (2017), Mark Richards (2016), Surfing Australia (2015) Don Burford, Midget Farrelly & Barry Bennett (2014) Alan Green, John Law, Gordon Merchant, Brian Singer and Doug Warbrick (2013) and Anthony Wilson (2012)

Watch our full length interview with Dougall Walker below

This year also saw a number of updates to the awards including a secret shopper component awarded to Aquatique (Nowra) with a perfect 100% Secret Shopper Score. The updated category of Excellence in Retail Marketing  was awarded to Wilson Retail Co – Red Herring, closely followed by Rip Curl Newcastle and Sanbah Grindhouse.

On the brand front it was a huge night for Rip Curl with a massive ten awards heading back to their Torquay head office including both Men’s Brand of the Year and Ladies Brand of the year as well as Wetsuit of the Year for the eighth year in a row.

In a surprise result, the Breakout Brand Of The Year the winner was Sex Wax, the popular wax formulae which was first produced by Frederick Charles Herzog, III (Mr. Zog) and chemist Nate Skinner in 1972. Runner up in this category was Salty Crew.

The Environmental Award, presented by Surfrider Foundation, went to Patagonia for their campaign ‘Big Oil Don’t Surf’. While JS and REEF again won Surfboard Of The Year and Footwear Brand Of The Year, after receiving the award in 2018.  Billabong continued their winning streak with the Ladies Marketing Campaign award for the fifth year in a row for their ‘A Bikini Kinda Life’ campaign and Volcom  won the Men’s Marketing Campaign for their ‘Truly Checked Out’ campaign

*It must be noted that these awards are open to SBIA members only.

SALES AND CUSTOMER SERVICE OFFICE OF THE YEAR:

BOARDSHORT OF THE YEAR:

WETSUIT OF THE YEAR:

SURFBOARD OF THE YEAR:

SURFING ACCESSORY OF THE YEAR:

SUNGLASS STYLE OF THE YEAR:

Runner Up: OTIS Eyewear: ‘After Dark’

FOOTWEAR BRAND OF THE YEAR:

SWIMWEAR BRAND OF THE YEAR:

LADIES BRAND OF THE YEAR:

MENS BRAND OF THE YEAR:

BREAKOUT BRAND OF THE YEAR:

CORE BOARD STORE OF THE YEAR:

LADIES MARKETING CAMPAIGN OF THE YEAR:

MEN’S MARKETING CAMPAIGN OF THE YEAR:

Runner Up: Volcom Farm to Yarn

SHOP FIT OUT OF THE YEAR:

SERVICE TO THE INDUSTRY AWARD:

ABOUT THE SBIA AWARDS:

The Australian Surf Industry Awards have been held annually since 2011 to celebrate the industry’s outstanding retailers, products, brands and contributors. Entries to the 26 categories opened in May this year, with the award winners of the voted categories crowned after voting by manufacturers and retailers.  Winners of the judged categories were awarded after assessment from expert marketing, retail, architecture and environmental panels. For more information visit sbia.com.au 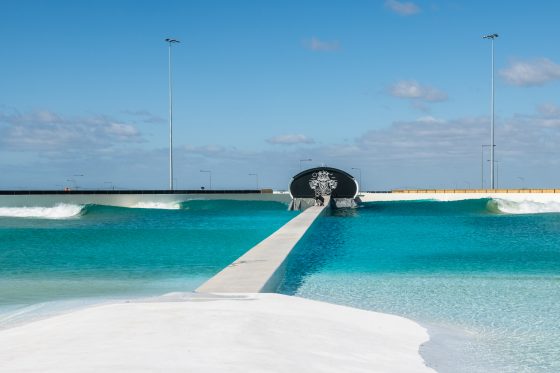