ActionWatch: In April 2019 the average $ sales per store was by far the highest compared to any other April going back to 2007, which was the inception year of the ActionWatch panel.  The last time the ActionWatch panel of surf and skate specialty retailers experienced anything close to double-digit growth we had to go way back to 2011 when this panel grew sales by 9% compared to 2010.  Since then the most growth we’ve witnessed was 2% in 2012, which was followed by several years of 1% growth and 3 years of declines before we started to detect an upward trend that began the first quarter of 2017 and has slowly, but steadily manifested itself into 1% growth in both 2018 and the first quarter of 2019.

While we have seen some monthly growth rate spikes in the high single digits we never came close to 15% growth, until this April.  There are likely many factors that contributed to this, but the 2 main reasons for that big jump are likely that April 2018 sales were terrible and that the April 2019 calendar was more favorable. 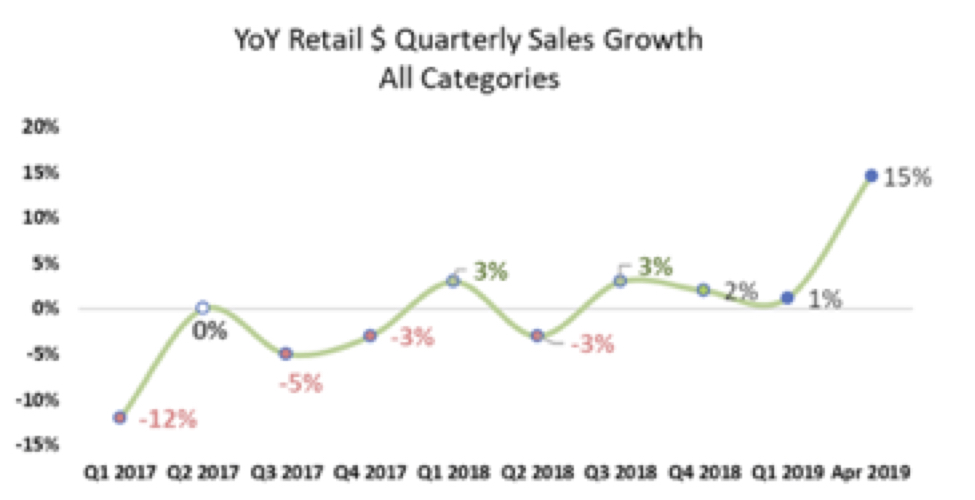 With a -12% decline last April was the single worst performing month of 2018.  Virtually all broad categories declined by double-digits, which likely had to do with the unusual weather patterns.   According to weather.com April 2018 was the coldest April on record in more than 40 locations across 13 states, affecting the Northeast, the Midwest, and the Western regions. In contrast, April 2019 was relatively warm – according to the National Centers for Environmental Information it ranked in the upper third of its 125 year period of record.

In addition to the poor weather, the way the Easter holiday fell on the calendar likely contributed to the poor sales in April 2018. Last year Good Friday and Easter Saturday were at the end of March so only Easter Sunday and Easter Monday was in the month of April.  In contrast, all four Easter shopping days fell right into the middle of April this year, which likely boosted sales.

In summary, the combination of better weather and a more favorable calendar was most likely responsible for the incredible sales performance in surf and skate specialty in April of 2019.  The next two months will provide the true test whether these growth rates are sustainable. Sales were flat in May 2018 and grew by 2% in June 2018 so it will be interesting to see how the next two months stack up against the more difficult comps.

For these results and more please visit www.actionwatch.com to find out more. 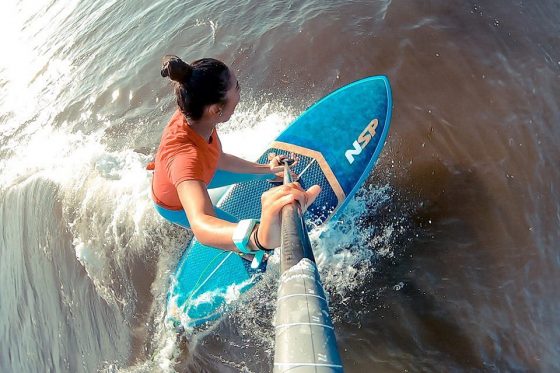 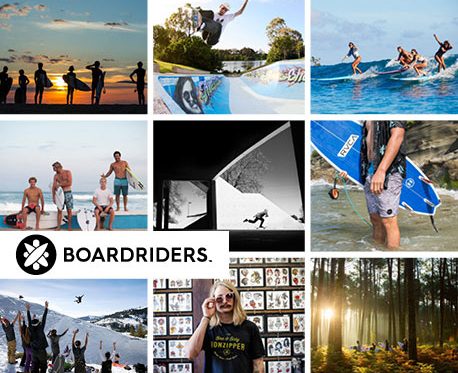 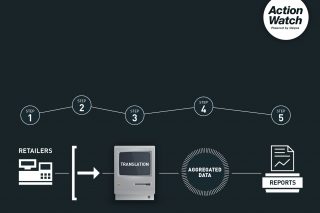 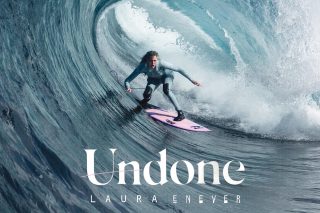