ASB MAGAZINE: We first ran this story in April 2018, when 1993 World Champion Pauline Menczer was inducted into Surfing Australia’s Hall of Fame, her name finally etched in history alongside her peers.  Other surfers were advanced to Hall of Fame status ahead of her, some while they were still competing. In her acceptance speech, Menczer said it was all okay with her – that she’d been through a lot and ‘now’ was a good time for such a thing to happen. Outside her hometown of Byron Bay, her induction into the Hall of Fame barely raised an eyebrow. In fact, Pauline had already been overlooked in Byron’s own version The Honour Roll in Byron’s ‘Surf Alley’.  It’s not like Byron has produced so many world champions that they can casually leave one out. But Menczer’s humour kicked in in her acceptance speech: “Eat your heart out Byron Bay – this is heaps better!”

As surfing’s spotlight shines on Pauline’s remarkable career thanks largely to the media push behind the new movie Girls Can’t Surf, a GOFUNDME page has been created by a collective group of girls working within the surf industry ‘to pay it forward‘ for Pauline’s contribution to the sport and rectify her ‘ASP’ World Title bonus that was never awarded. In Pauline’s world conquering year, she amassed a miserly $30k, most of which was swallowed up by travel expenses. We’re stoked to report that the GOFUNDME has hit its target of $25k in its first week, with additional funds now going to  Pauline’s charities of choice – the Disabled Surfing Association, the Autoimmune Resource & Research Centre, and an overseas friend who shares Pauline’s illness and is in dire need of assistance.

Pauline is said to humbled and  in awe of the generosity shown to her.

Not many of the schoolkids on the Bilinudgel bus know it, but their driver is a former world surfing champion.

Pauline Menczer, the woman who had the world at her feet back in 1993, loves her job. Living in nearby Brunswick Heads with her fiancée Samantha, she’s achieved a rare measure of peace for a retired athlete.

Last month on the Gold Coast, Menczer was honoured by the sport that for a long time had all but forgotten her. As 2017 WSL Women’s World Champion Tyler Wright and brother Owen took out the Female and Male Surfers of the Year, Menczer was inducted into Surfing Australia’s Hall of Fame in front of a room packed with her peers, taking her some way down the path towards proper recognition for a career that was built on perseverance, as much as talent.

She smiled through it all, but Menczer did it hard from the very start. One of four children raised by a single mum at Bronte, she took to surfing ferociously at thirteen; collecting aluminium cans, baking cakes and selling toffees through her high school to raise the money to get to competitions.

Possessed of a powerful, athletic style and no shortage of courage, she won her way to a berth in the world amateur championships in Puerto Rico in 1988 and came home world champion, at just 18.

The win gave her the confidence to launch a pro career. She got herself a coach and set out in pursuit of her idols, South African Wendy Botha and Australia’s Jodie Cooper and Pam Burridge. But it was never easy: crippling rheumatoid arthritis left her frequently debilitated. There were tales of her being carried from cars, of recovering in wheelchairs after heats. She persevered, despite being routinely overlooked for sponsorships: the dollars went to other girls who conformed to the ideal of beauty that the surf brands were after.

“I didn’t care,” she told ASBMAG the morning after her induction, “I had so much fun. If I’d had major sponsors, I wouldn’t have been able to do whatever I wanted. If I felt like dressing up as a sumo wrestler, then that’s what I did.” And that’s the other secret weapon Menczer brought to the fight – a great sense of humour. “I’m a quiet person now,” she laughs. “I wasn’t then – last night was a little bit of what I used to be!” She buzzed on music, anything from Madonna to Morcheeba, and she lived on the generosity of smaller board makers like Stick Girl, Gerard Depeyris and Sky.

After her retirement from the pro tour, she continued to compete. But the sponsorship dollars, always hard to come by, now dried up. Opportunities were few, and recognition of her stellar career was almost non-existent. The surfing media, perhaps unwittingly, conspired in her disappearance from the public gaze. Menczer is cautious at the suggestion that she’s been overlooked. She seems to agree but doesn’t want to dwell on it. Other surfers were advanced to Hall of Fame status ahead of her, some while they were still competing. In her acceptance speech last night, Menczer said it was all okay with her – that she’d been through a lot and now was a good time for such a thing to happen. “I didn’t mind that it hadn’t happened until now,” she told ASBMAG. “They only take in one per year (into the Surfing Hall of Fame). But the reaction’s just been amazing.”

It needs to be said that not everything has been set to rights. Controversy remains over her omission from the Honour Roll in Byron Bay’s Surf Alley. It’s not like Byron has produced so many world champions that they can casually leave one out. But Menczer’s humour kicked in in her acceptance speech: “Eat your heart out Byron Bay – this is heaps better!”

Menczer agrees that the change that’s risen with the #metoo movement is yet to take effect in surfing. But she sees something else that’s lacking, and she’s not the first to say it. “They need to do something for their athletes who’ve hit hard times. The rugby’s got the Men of League initiative. We should have something for those people.”

Menczer’s rheumatoid arthritis, a lifelong affliction, has become osteo arthritis, and her major joints began to wear away, necessitating a hip replacement. At 47, Menczer says the new hip is a welcome improvement, but she’s bummed at having to spend four months out of the water recuperating. She wants to surf in the World Masters – she’s one of only five female invitees – in September in the Azores islands. But time’s short, and she needs to get back to top fitness. (Oh, and she needs s sponsor to get there: get in touch if you want to back a champion).

Looking back is nothing but a pleasure to Menczer, despite the hardships. She thinks she might have had more fun than anyone else on tour. She won all over the world, and featured in some epic battles against Botha through 1991 and ’92 especially, before her barnstorming world title win in ’93. She won desperate heats in heavy surf.

When asked if she has anything to say to aspiring female surfers from her newfound elevation in the Hall of Fame, she doesn’t hesitate: “Be yourself. You don’t have to sell sex to sell yourself as a woman. That’s why Tyler (Wright)’s so good. I admire her for being her. Wearing your swimmers up your butt – is that really for you, or for others?”

There’s a corresponding responsibility on the brands, she thinks, to stop selling their female athletes the wrong ways, to focus on their athleticism. It’s a lesson that’s been painfully learned by Billabong last year, and by Roxy back in 2013.

A random question occurs to me at the end of our interview, a hunch about a particular kind of athlete. People like Menczer.

Do you still have your world title trophy?

She immediately starts laughing. “I do,” she says. “It’s at home. But it’s in two pieces. When they gave it to me it was already busted. People always want to pick it up and I have to tell them not to ‘cos it’ll fall apart on them. But the trophy I got last night is beautiful. It’s made of some kind of metal and it’s heavy as hell.”

There’s a metaphor in there somewhere. Surfing might finally be handing Pauline Menczer the respect she deserves. But meanwhile, it’s hit 2:45 and Pauline needs to go. She’s got a bus to drive.

Jock Serong is a senior writer for Surfing World and regular contributor to other titles including The Guardian, Surfer, Tracks and Slow magazine. His debut novel, Quota, won the 2015 Ned Kelly Award for Best First Crime Novel. His most recent novel is The Rules of Backyard Cricket is Shortlisted, Victorian Premier’s Literary Award for Fiction, 2017 and longlisted for various other literary awards. His third novel ‘On Java Ridge’ is set for release in August 2017. Jock is married with four children and lives in South West, Victoria. 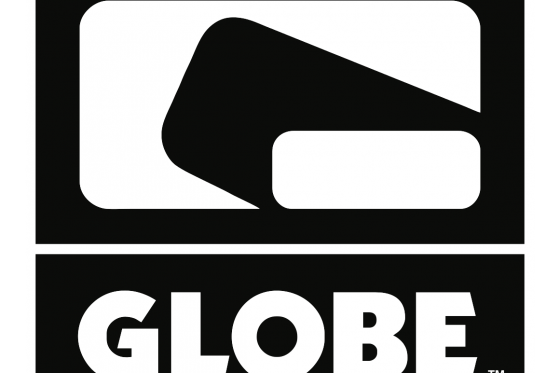