ASB MAGAZINE: Rob Machado has opened Rob Machado’s Salty Garage, on South Coast Highway in Encinitas behind his wife Sophie Machado’s 2-1/2-year-old lifestyle boutique Salt Culture  The Salty Garage carries shirts, pants, hoodies, shoes, sunglasses and other items produced by Machado in collaboration with sponsors like Hurley, as well as his own T-shirt brand. There are also gift items like coffee cups, books, music, DVDs and Machado’s personal photography as well as his own brands of surfboard fins and wax.

“I thought it would be nice to bring together a lot of these things from my life and display them together in this cool space,” said Machado, 46, who hosted the grand opening for the Salty Garage last week.

The shop sells a selection surfboards by Firewire Surfboards, and the shop is the only place where customers can buy the custom boards Machado shapes and finishes in the garage studio of his Cardiff home.

Rob Machado has filled the shop with personal mementos and prized possessions that include his old camera collection, souvenirs he picked up in his global travels, old posters that decorated his bedroom walls as a teen, childhood surfing trophies, Star Wars toys he played with as a boy and a piece of pottery he made in class at San Dieguito High School as a teen.

There are also framed photographs taken in the late ‘80s and early 1990s when he skyrocketed to fame as one of the world’s most iconic surfers. And there’s a pair of old binoculars Machado’s father, Jim, used to watch his son surf at Cardiff’s Seaside Beach as a boy.

Hanging from the shop’s ceiling are three of Machado’s favorite classic surfboards. There are eye-catching boards designed by artists Thomas Campbell and Sage Vaughn and the famous Jimi Hendrix surfboard Machado was photographed riding on the December 1994 cover of Surfing Magazine.

The building behind Salt Culture was occupied by another business until about a year ago. When it moved out, the Machados decided to lease the space and expand their retail operation.

But over time, Sophie said she found that men weren’t comfortable shopping in the front boutique, where women were moving in and out of the changing room as they tried on bathing suits and other attire. So the couple decided to move their men’s merchandise to the back location and, eventually, make it more of a men’s shop and museum for Rob. It can be accessed directly through a gated walkway on the north side of the main boutique.

“So many people and fans and local friends come here and want to know more about Rob, his lifestyle, his culture and where he grew up,” she said. “This is his space to showcase the things he loves and the products he makes.”

Over the past two decades, Machado has continued to travel the world surfing, while also playing guitar in bands, designing his own surfboards and running the Rob Machado Foundation, which is dedicated to reducing plastic waste in the ocean. He hosts monthly beach cleanups and is working to reduce the sale of single-use plastic water bottles by installing filtered water dispensers at local schools to encourage the use of reusable water bottles.

“I’m trying to change the way the younger generation consumes water,” he said. “You can change minds when you go into the schools. It really works. Plastic water bottles aren’t cool anymore.”

Machado also recently celebrated the launch of Solento, tequila brand he co-founded with surf and lifestyle filmmaker, Taylor Steele. Rob plans to host a series of “Talk Story” events every four to eight weeks that could include him speaking about his life, fellow surfers traveling through town, artists he admires and outdoor movie screenings. For information on these events, visit salt-culture.com. 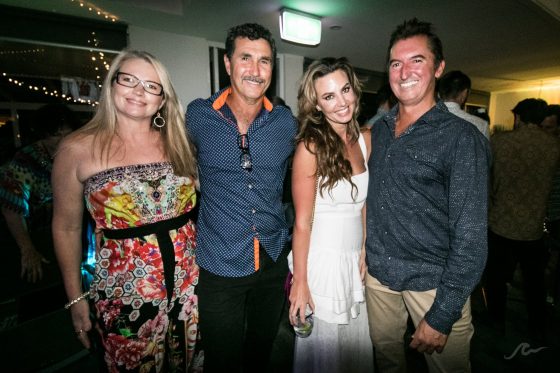 ALL THE PHOTO’S OF COOPERS EPIC 50TH BIRTHDAY BASH 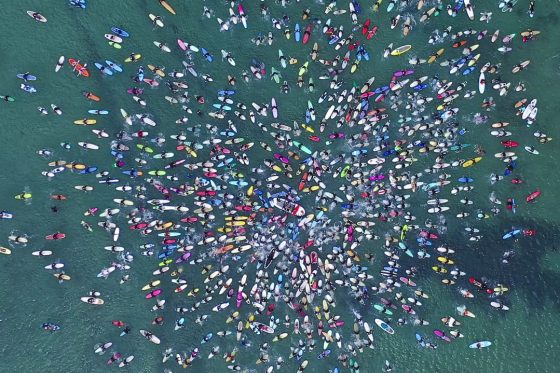 THOUSANDS JOIN AUSTRALIA-WIDE PROTESTS TO FIGHT FOR THE BIGHT