ASB MAGAZINE: Patagonia Australia have taken a leaf out of parent company Patagonia Inc’s position on paid maternity leave. According to Dane O’Shanassy, Country Director Australia & New Zealand at Patagonia, as of May 1st, Patagonia will offer 16 weeks full pay for mums, 12 weeks for dads, on top of government benefits. Recently Patagonia Inc. CEO Rose Marcario helped celebrate the grand opening of the new childcare centre. The centre has 24 children, ranging in age from newborns to pre-schoolers, and a staff of six preschool teachers.

The centre recently expanded from a baby room to a preschool program by moving the company’s 8,000-square foot outlet store to downtown Reno to make more room for childcare.

“100 percent of our new moms return to work,” said Patagonia’s Vice-President for Human Resources Dean Carter. He said that is compared to the national average of about 45 percent.

Patagonia’s childcare started in Ventura headquarters. He said the program would grow as the need grows and is modelled after the company’s 34-year-old onsite day care in Ventura, California. The childcare started in 1983 when Patagonia founder Malinda Chouinard brought in a trailer and a babysitter for a co-worker with a new baby. The program grew and now has 150 children.

“This is an example of how a company can really believe in its core values, which is supporting working families and protecting the environment at the same time,” said U.S. Senator Catherine Cortez Masto, D-Nev. She attended the event, saying it was model for other companies.

“I can’t think of a bigger benefit to the atmosphere and culture of a company than by having a day-care centre here,” she said. 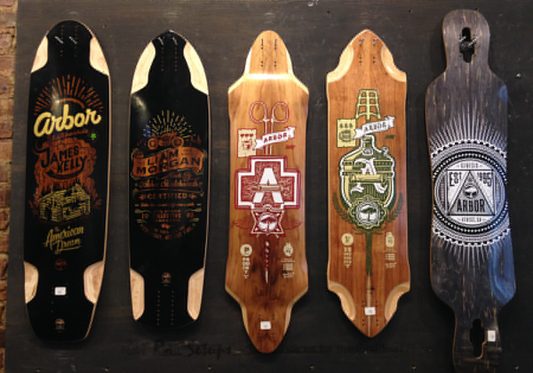 ARBOR SKATEBOARDS TO ABSOLUTE BOARD CO.