While the pandemic and its impacts dominated the total number of stories we published this year, online sales event’s like Black Friday and AfterPay Day made two of our top ten ‘viewed’ stories this year and showed that these sales event are an ongoing interest for our readers.  Statistically speaking, based on the  total number of ‘views’ here are your top ‘viewed’ stories for 2020.

Click the image to go direct to the story… 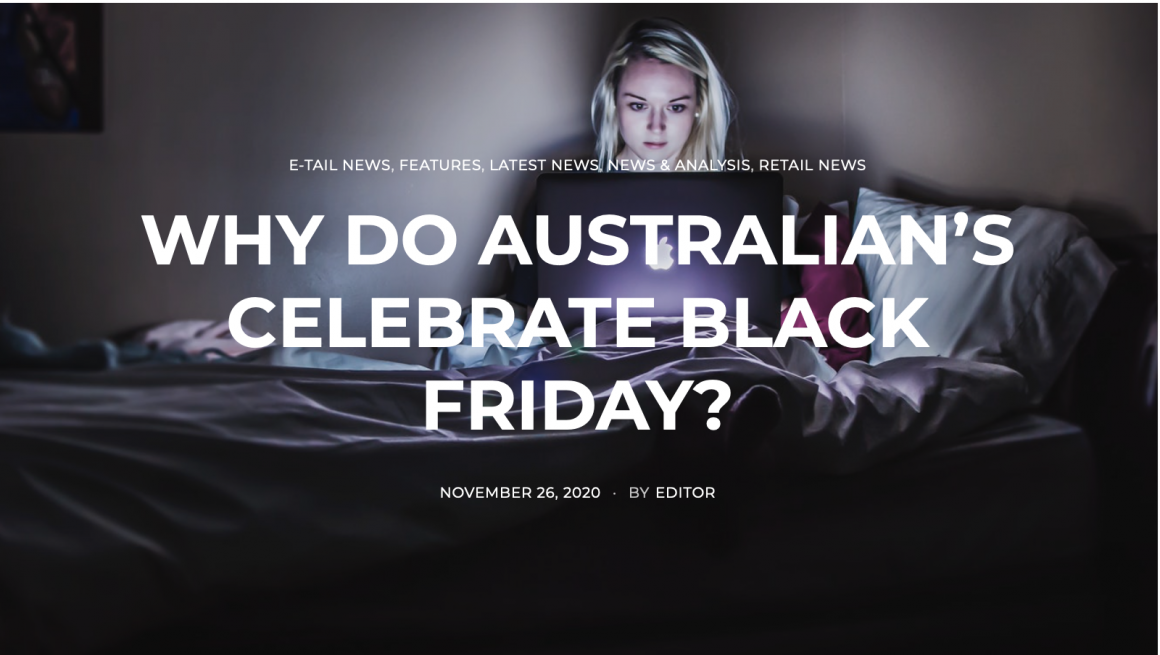 We’ve written a lot about online sales events like Black Friday but this story traces the history and origins of Black Friday and poses the question – Why Do Australians Even Celebrate Black Friday?  Black Friday is the name given to the shopping day after Thanksgiving in the USA. It’s a curious retail phenomenon that’s reached its way across the Pacific and taken a grip on Australian shoppers. It’s also spawned off another shopping binge know as Cyber Monday. Black Friday is the type of  calendar event that sweeps you up and sucks you in quicker than a Hallmark card with thousands of Australian shoppers pouring hundreds of millions of dollars both online and instore, without a single thought as to why.  Where did the term ‘Black Friday’ come from and why do Australian shoppers spend close to $320 million this weekend?  It’s an anomaly on our retail calendar that’s neither end of financial year and ahead of the Christmas shopping spree.  Black Friday is  named ‘Black Friday’ because so many people went out to shop (after Thanksgiving) that it caused traffic accidents and sometimes even violence. The Philadelphia Police Department coined the phrase to describe the mayhem surrounding the congestion of pedestrian and auto traffic in the downtown area as early as the 1960’s… 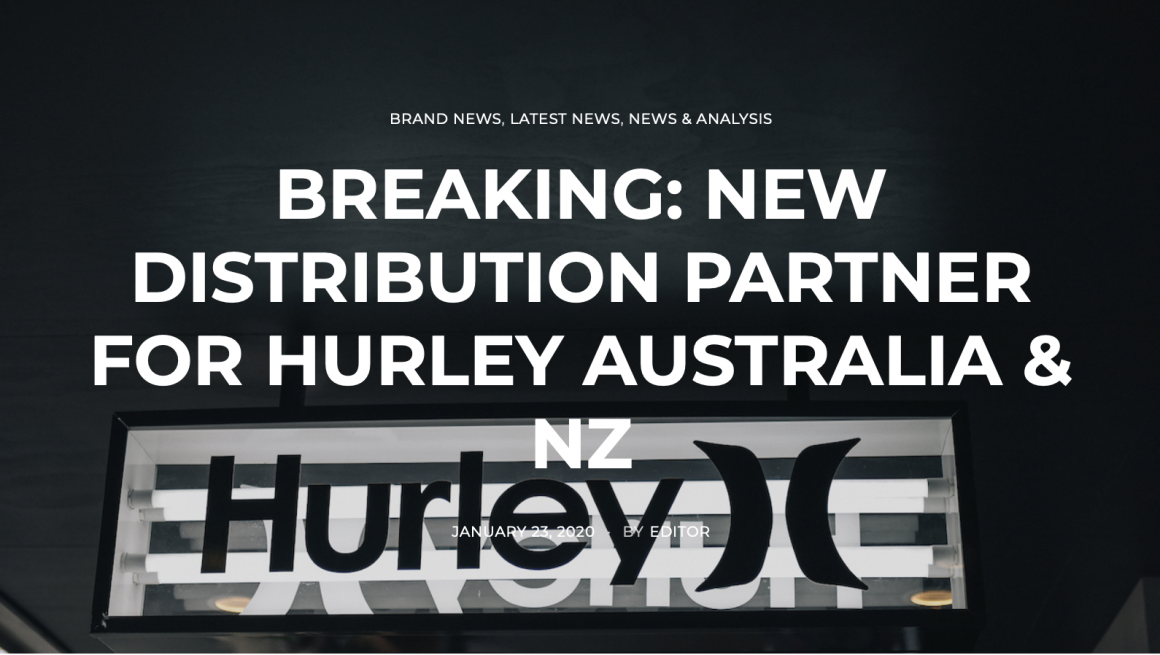 A lot of interest surrounding Hurley’s next move in the APAC region following Nike’s sale of the brand. Conquest Sports, the licensee for the Converse brand in Australia and New Zealand, signed a joint venture partnership with Blue Star Alliance LLC (USA) to distribute the Hurley Brand in the Australian & New Zealand Marketplaces. Conquest Sports Group General Manager Haydon Gray states that “with our group of companies already being embedded in the surf, lifestyle & active landscape, we will leverage our experience & understanding of this segment to the advantage of the Hurley brand.  We see tremendous opportunity across all channels including the digital space as we obsess the Hurley consumer in this part of the world. “We are very privileged to have the opportunity of taking the Hurley brand to the next level in the Australian and New Zealand Marketplace,” said Haydon Gray. 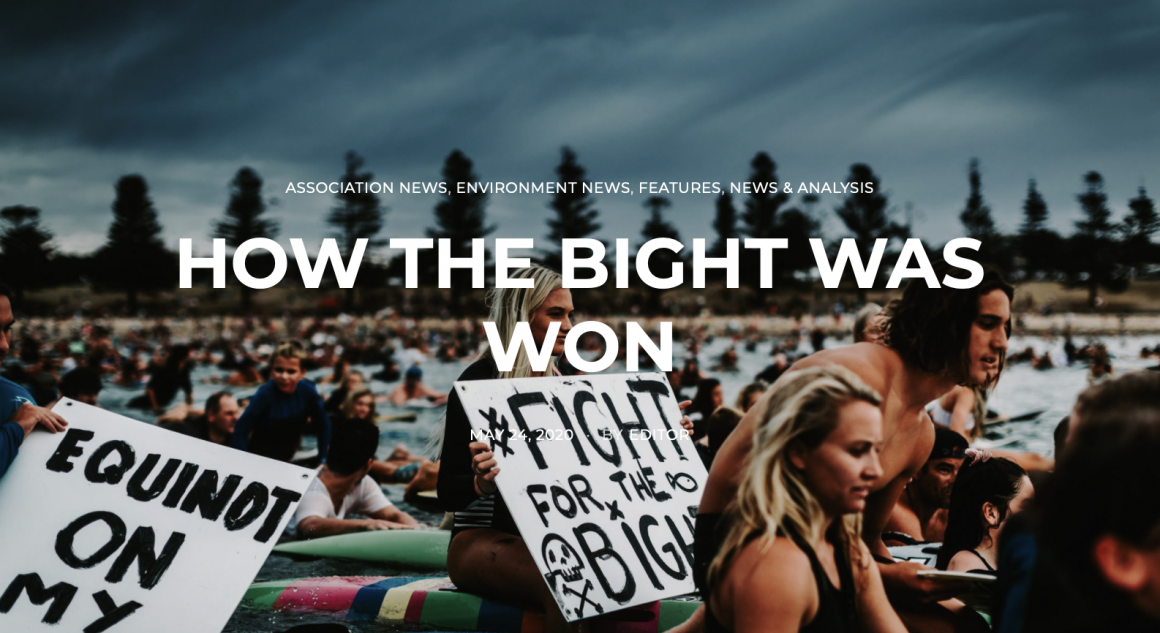 The Fight For The Bight rallied surfers around Australia to protest against Norwegian giant Equinor’s plan to drill in the Great Australian Bight and also picked up our ASB Greater Good Award at the Australian Surfing Awards including The Hall of Fame. The campaign to stop Equinor from drilling for oil in the Great Australian Bight is a unique – and uniquely successful – piece of activism. As well as the enormous breadth of the Great Australian Bight Alliance – across surfers, fishermen, sailors, conservationists and everyday citizens – the campaign had depth: working its way into media, local governments, boardrooms and even the courts. It is likely that the methods deployed by the Alliance will be studied and replicated in years to come. So why was it so effective? ASB spoke exclusively to two of the campaign’s prime-movers, Wilderness Society South Australia head Peter Owen, and Port Fairy surfer Ben Druitt who leads a Victorian chapter of the Fight For The Bight Alliance. 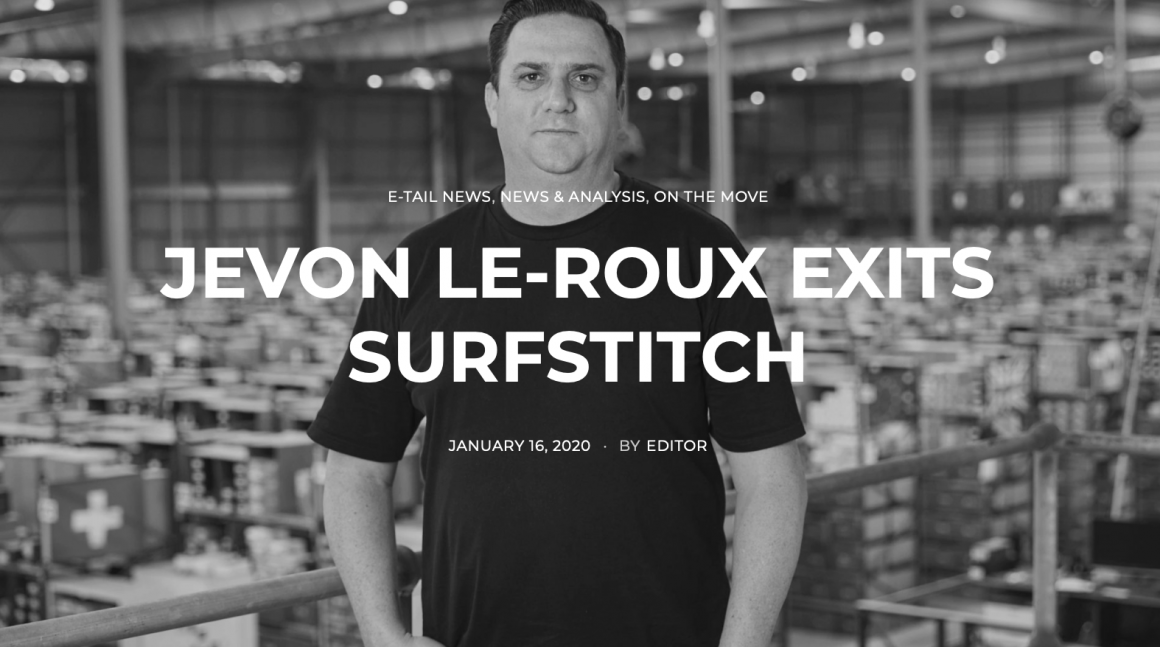 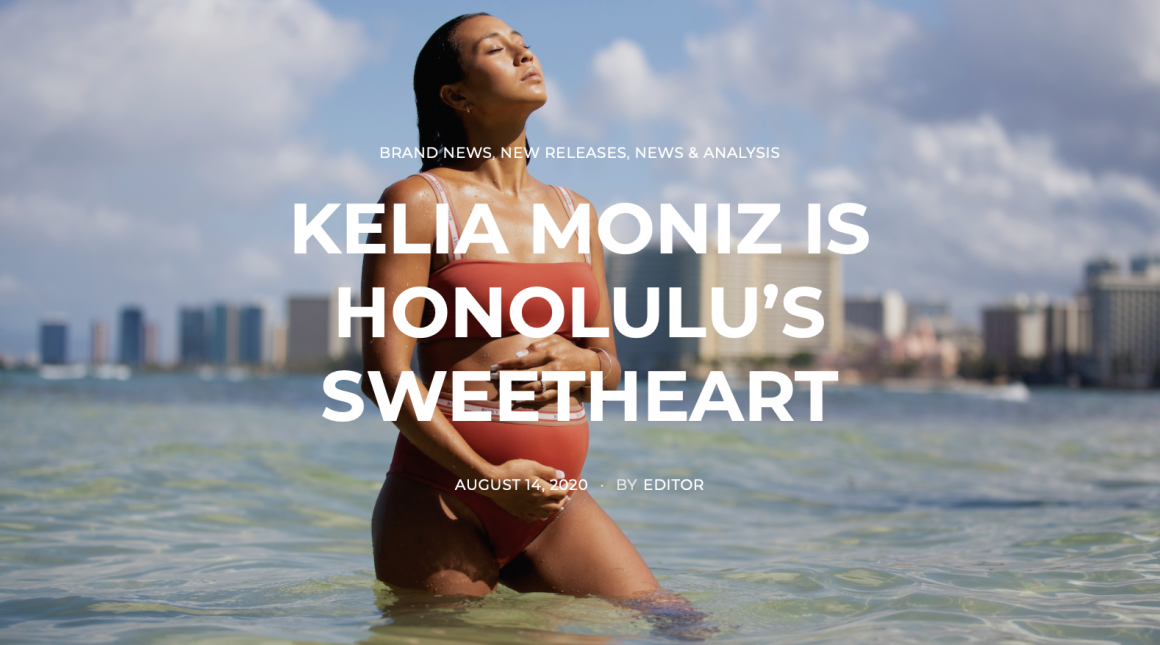 Debuting Roxy’s new line, 2 x longboard champion Kelia Moniz introduced a line of swim infused with her very own urban flair. This is a story of ROXY celebrating women who surf and the beauty of Making Waves and Moving Mountains. Kelia continues to glow on and off the board during her pregnancy. This collection highlights the strength and beauty of the female body. As she begins her journey towards motherhood, the Hawaiian surfer unveiled a new collection for ROXY, thought to fit all body shapes and celebrate her take on fashion. 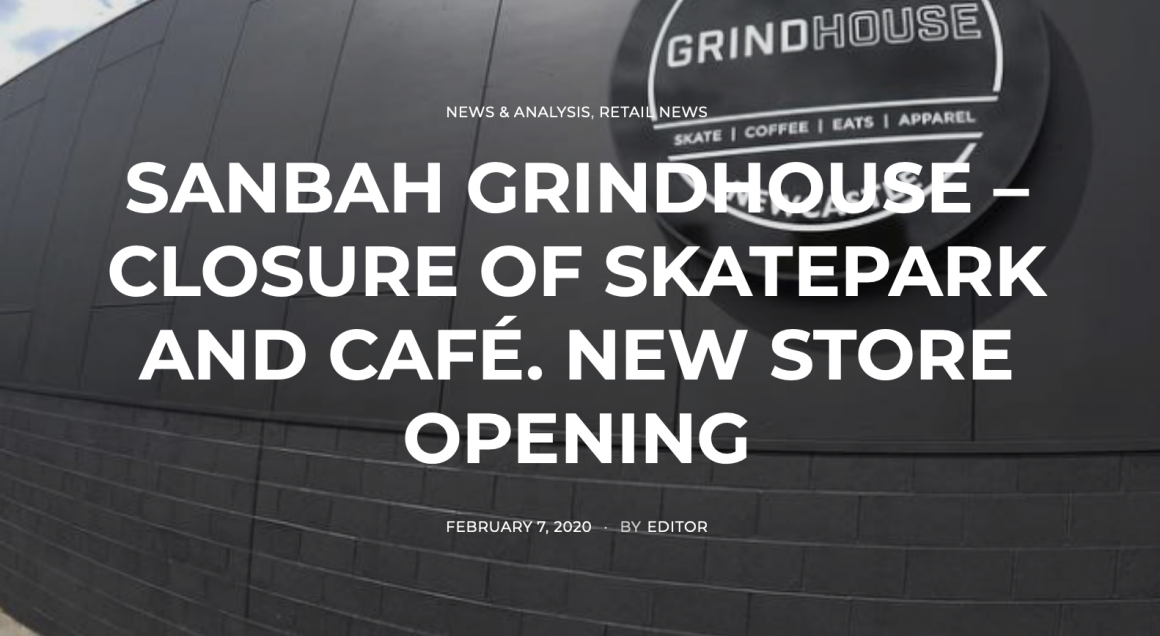 Sanbah Grindhouse  announced the closure of the skatepark and the café sections of the business. The decision has ‘paved the way’ to extend its current retail footprint and allows for the addition of a new store. In an announcement to customer Sanbah Grindhouse continued;” Whilst this is sad news particularly for our team and our valued customers; we are happy to be unveiling an extension to the existing retail space along with an exciting new store which will become our neighbour and take over the skatepark space. As a business we are passionate about being more than just retail, we want to provide our team and the community with opportunities to get out and be active in a fun and inclusive environment. The skatepark was part of this vision and the café combined with this to bring an exciting mixed retail and active space unlike anything else in the Newcastle area. 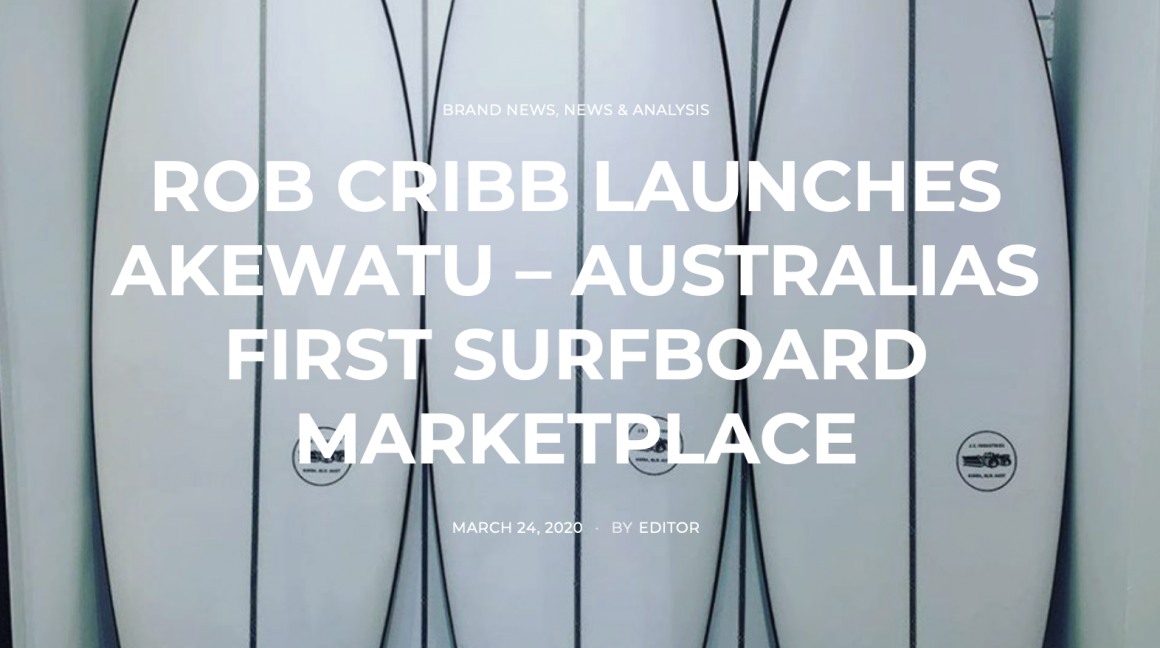 Akewatu is a new surf concept launched in Australia this year, by industry veteran Rob Cribb. Akewatu aims to create the largest surf catalogue on the internet thanks to a unique certification process, with an insurance policy that covers any damages on all new surfboards and includes the biggest gathering of Australian surf shops and shapers. The Australian platform has already amassed 1000’s of new and used boards from a wide range of sellers. With three years of success in Europe, Akewatu is now the number one search engine for surfboards. Akewatu gathers Australia’s best surf shops and shapers to create the largest surf catalog, in one place, on the Internet. The website offers the community a unique and innovative certification process for used surfboards and a premium shipping system dedicated to all surfboards. 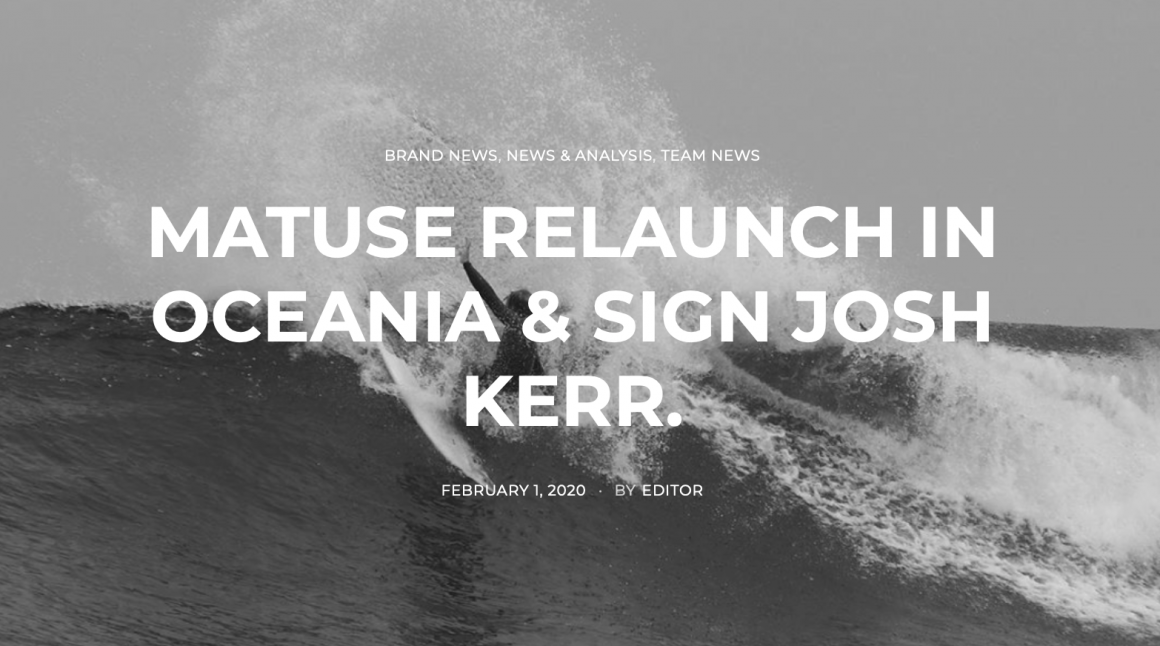 Matuse Wetsuits announced their partnership with Chris Burke of The Design Collective agency for the management and distribution into the Oceania territories of Australia, New Zealand & Indonesia. Chris came on board as an ambassador in 2018 with the partnership closely following. “I have been a long-time fan of the unique offering and branding of Matuse and started working with Matuse in late 2018 by re-establishing a distribution base of key retail partners whilst we re-introduced Matuse to the local markets, 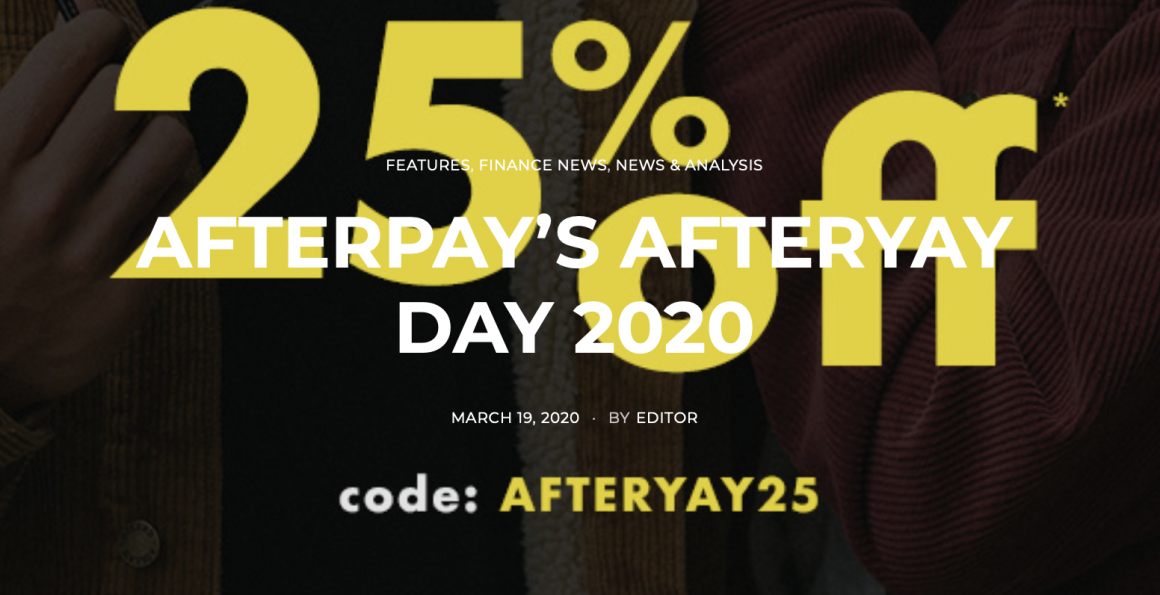 There’s continued interest and vexed opinion around the impact of online sales events. Afterpay’s AfterYAY sale is yet another online sale frenzy that has the potential to hurt brick and mortar retailers if they are not adequately prepared. Since its first inception in 2015, Afterpays major sale day has gathered momentum, competing with B&M stores (without an online presence) and  who are  already reeling from the Black Summer bushfires  as well as the economic downturn from the most recent Covid-19 pandemic. AfterPay claim to be ‘helping’ retailers through these ‘tough economic times’. However, Afterpay shares suffered a 33 per cent wipeout recently in the wake of the COVID-19  pandemic that threatens to tip the economy into an inevitable recession.AfterYAY sale had a record number of store involvements last year. Retailers already onboard include SurfStitch, City Beach, Iconic, General Pants, Volcom, Rusty and many more… 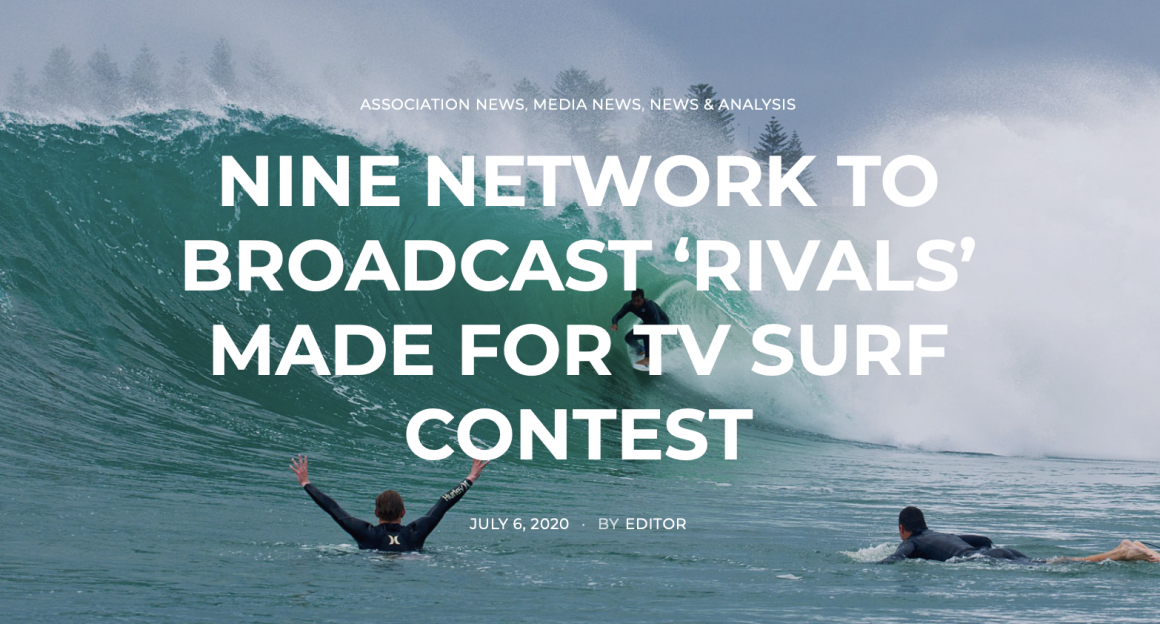 Eleven of Australia’s iconic competitive male surfers opened up old battle scars in an innovative three month, 13 consecutive episode TV series that aired on Channel Nine in August 2020. Rivals huge success meant it became one of  the most-watched events in Australian surfing history. After hundreds of heats over years of competition, intense rivalries are formed. These guys have won pretty much everything with world titles, pipe masters, triple crowns & almost every event on the world tour circuit. Surfing Australia Studios and mySURFtv have used testing times in 2020 to create a way of reigniting the competitive fire still burning within the eleven former World Tour surfers in their new series ‘RIVALS’. 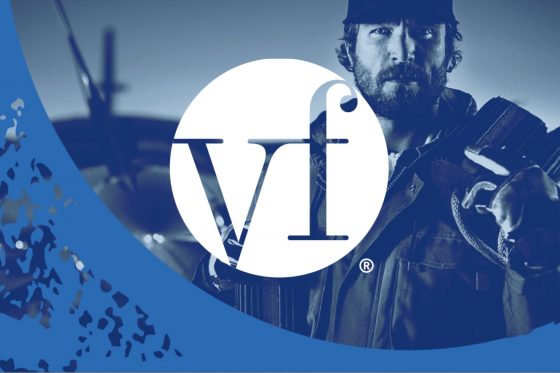 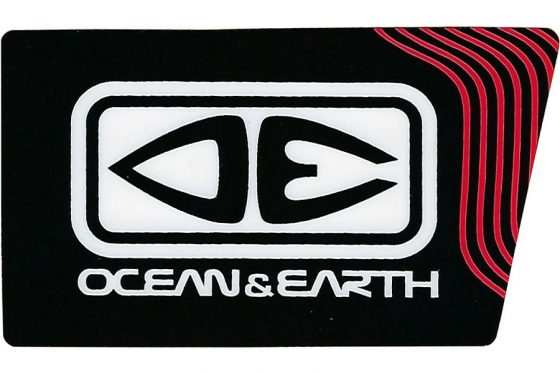