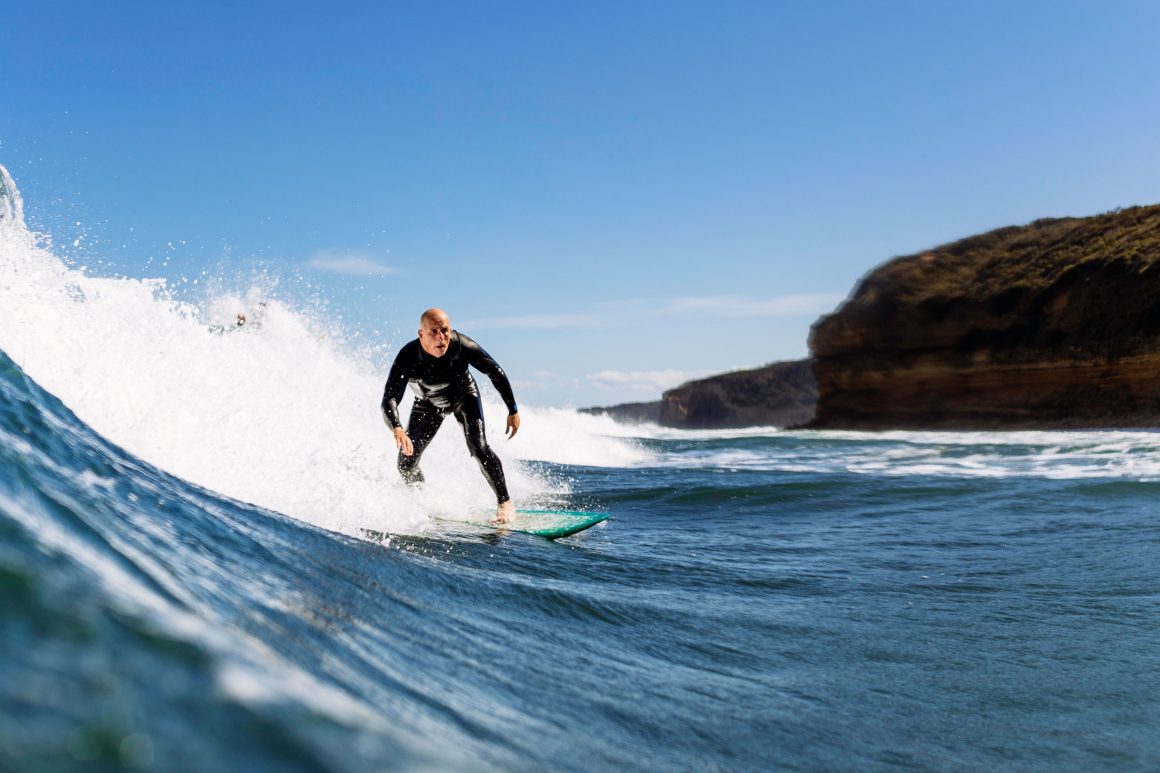 Writer, author, commentator, father, surfer and activist are just some of the many hats that Sean Doherty wears, although it’s the latter one that’s shot Sean to notoriety through his personal Instagram account @seano888, amassing over 28k followers.  Sean’s recently added another string to his bow – that of publisher, having taken the reins to Australia’s longest-running surf magazine, Surfing World, where he’s served as a senior writer for over a decade. Sean’s also Patagonia’s Head of Brand Engagement and uses his extensive media arsenal to help raise awareness of the Fight For The Bight campaign. He’s a constant thorn in the side of the oil and gas lobby, regularly calling out the fossil fuel industry, politicians and the Prime Minister. Like a dog at a bone, Sean’s relentless pursuit of the truth has established him as a key voice for Australian marine life, livelihoods, and coastlines. He’s recently been appointed Chairperson at Surfrider Foundation (along with F4TB running mate Damian Cole) using his unique skill set to act as a focal point for the power of community to peacefully resist corporate insanity. In a time when the world is spinning digitally, Sean sees a different future for surf media. We caught up with him to find out more about his venture into publishing.

Sean was one of the first writers we reached out to as a fledgling surf business title way back in 2004. At the time, Sean was the long-time editor of Tracks magazine. Despite the many hats Sean wears he hasn’t strayed too far from his core competency as an award-winning journalist. Sean’s no stranger to deadlines and to the whims of marketing executives, which are part and parcel of publishing, however, stepping into the big seat at Surfing World, he’s also taking on the financial responsibility that goes with it.

It’s a heavy cross to bear.

Surfing World harks way back to 1962 and its original publisher, Bob Evans. Then there were the golden years of Bruce Channon and Hugh McCleod through the ‘80s and more recently another great renaissance for the mag under the editorship of Vaughan Blakey. Sean acquired the title for an undisclosed sum from former publisher Kim Sundell who purchased Surfing World and other media assets around 2006 via his Three Crowns Media Group. “Kimbo is still around,” says Sean. “He’s in the background, riding his tractor around the farm up in Crescent. But he loves the mag and has got a big philanthropic heart and he wants to make sure this transitions well and the mag shines.” Three Crowns Media offloaded website Coastalwatch to Surfline *in July last year, and since then SW has been on the proverbial sale blocks.

Also coming on as a part of the new ownership group is Jon Frank. Regarded as arguably Australia’s greatest surf photographer, Frank has worked with Surfing World for over 20 years and the magazine holds a special place in his heart. “Jon has the Third Eye when it comes to seeing the Australian coast and the characters who hang around it,” says Sean. “It’s going to be great to see him working with a new generation of young surf photographers… as well as some of the good ol’ boys. Frank will make high art out of all of this imagery.”

“You do the numbers,” says Sean. “That’s 58 years of surfing history wrapped up in the pages of Surfing World. You can’t just let that go.”

“Surfing World is a purist surfing publication. That lives at the heart of it. It’s very much an experiential mag. Yes, it’s surf, and travel, and road trips, but it’s a bit of a deeper exploration of the surfing life, really.”

Surfing World has been around longer than Sean’s been on planet Earth, but the decision to pull the trigger and buy the title really reflects Sean’s maturity and sense of duty.

“There’s, certainly, a sense of duty. I’ve been working with it for about eleven years now. And you do get attached to it. It does feel like another one of your kids.”

“It’s a really hard thing to explain that sense of attachment to it, especially to a younger generation, but I felt that sense of duty. (Surfing World) has got a real relevance to what’s happening today. It’s a slow burn, that mag. And it always has been. It’s more of a colourful meditation on surfing. And it’s a really good antidote to fucking too much screen time.”

Through the Fight For The Bight, surfers came out to rally in a movement reminiscent of the protests against the Vietnam war, scenes wrapped up in the pages of Surfing World and brought to life on movie screens in the cult surf film Big Wednesday or personified in A Day In The Life of Wayne Lynch.

What Surfing World does, says Sean, is take contemporary surfing as it is right now, but present it in a slow package that cuts through all that digital noise. Sean’s quick to add that there’ll be digital offerings through the ‘new’ Surfing World because “that’s the world we live in.”

Sean says that future editions of Surfing World will be published quarterly.

“But to be honest, I haven’t even worked it out. I’ve got to press go on a mag pretty soon. I’m thinking September. So the next issue will be in September.”

Sean was one of the longest serving editors of Tracks magazine, which recently went digital after four decades in print. Commenting on the current state of the industry and specifically surf media, Sean says the number of surfers in the water, and the downtime we’re all experiencing now are a positive thing for surfing. Sean feels a correction was long overdue, and the current pandemic has caused all industries to reset, in a good way.

“I’ve really looked closely at what’s happened in terms of the surf industry and just surfing, full stop, in the last three months. And it’s really encouraging. Surf media, in general, it’s been probably circling the drain a little bit for a decade. It’s not through a lack of trying: that’s only as a result of the platform it’s been hitched to. And the preconceived ideas in people’s heads that come around, but that doesn’t always necessarily translate.

“Surf media, in general, it’s been probably circling the drain for a decade. It’s not through a lack of trying: that’s only as a result of the platform it’s been hitched to”

“The last few months has been really good for people generally, but especially for surfers to reconnect with what they’re all about. And I’m really positive that on the other side of this, you’re getting a real reconnection back to the act of surfing. All the bullshit around it’s gone. It’s just a board and the waves.”

Sean thinks that the pace of life has slowed down as a result of lockdown restrictions and there’s a deeper appreciation for print media and the qualities that Surfing World represents.

“It’s just been a really good meditative point in time. And I think once it all clears, and the world starts spinning again, some of that will still be here.”

Jock Serong’s been one of Sean’s long-time collaborators. As well as writing for his new boss at Surfing World, he’s one of the team behind Great Ocean Quarterly. He makes the point that both mags are doing a similar thing. “There was a belief five years ago that print was dead,” he says. “But time, and perhaps the lockdowns, have taught us that there’s value in slowing down, and in holding a really beautiful print artefact in your hands. I don’t think Sean’s ever wavered in that belief. And he’s very good at building and maintaining a community around his work.”

Looking at the digital landscape, Sean’s written articles for some of America’s finest surfing titles including Surfer and Surfers Journal,and regularly writes for web behemoth Surfline.com. He’s well qualified, after almost thirty years in the game, to comment on the state of surf media and the consolidation of the US market and the potential ramifications here.

“I’d be surprised if everyone survives. I really would. But I think that’s just the nature of it. Sadly, you’re probably going to lose a couple (of magazines). It was inevitable in a lot of ways, just natural attrition,” he says. “You’ve got a couple of generations who are conditioned a bit differently to how they get their surfing, and that’s’ fine.”

“I’m always upbeat. The best ideas always win in whatever you do. The team behind Surfing World include some of the country’s finest journalists and photographers.” They’re SW’s ‘three pillars’, he says, and include Nick Carroll, Jock Serong and Vaughan Blakey. The title will be given a fresh touch with art direction and design by Shane Thomson at Urchin Creative.

“There’s a whole bunch of crew, including contributing photographers and writers,” says Sean.

Midway through our conversation, Sean reverts back to the current state of print magazines and their raison d’etre.

“There’s going to be a natural demise of that platform, it’s like a slow demise. But I think for a surf mag to survive, today, it’s got to really stand for something. And it’s got to say something too. I’m really keen for Surfing World to tap into this. I think there’s a consciousness out there today around tapping back into the coast. A lot of those values that were strong in the ’70s, like activism, like conservation, social activism, and just taking an interest in the wider world.

“I think there’s been a  couple of decades of self-absorption. There’ve been a couple of good surfing decades, where we haven’t had much to worry about. But it’s a different time now and Surfing World needs to speak to something higher.”

“I’ve had long conversations with Terry Fitzgerald about this, and I regard him as one of my spiritual advisors on these matters. And he really impressed that upon me, that he really wants SW to be a force for good, for change. A force in the universe”

“I would have felt really guilty if I had of walked away from it after getting the pep talk. I’ve had long conversations with (former publishers) Bruce (Channon) and Hugh (McLeod), as well. One of the really good things with this mag is that it cuts across all generations.

“It’s one of the only mags that can just do a crazy avant-garde contemporary fucking cover, with a 12-year-old Jack Robbo on the cover. And then, next issue, do a front to back tribute to Midget Farelly. It really does cut across generationally. And I’m really cognisant of that.”

Sean’s amassed over 28k followers on Instagram and if he’s successful getting just 10% of those followers to subscribe, he thinks that’s a great platform to build a sustainable business model

“I think there’s a lot of crew out there with similar values. It’s a simple vision. It’s just looking after the joint, doing something about it. And I think it’s a real reaction to the way a lot of the world is going right now. And if we can get Surfing World to be a voice for that, then fucking unreal, great.

“But I’m certainly not expecting to get rich from it. (Former SW owner) Reggae Ellis is always pretty quick to remind me of this.” 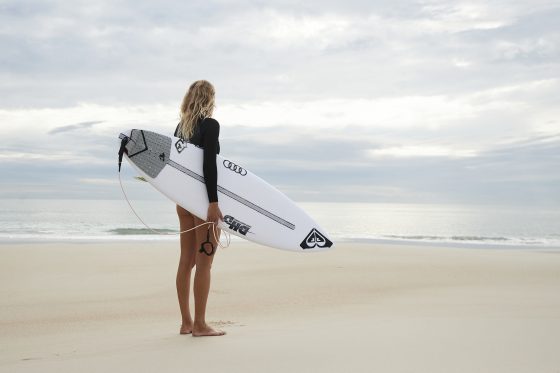 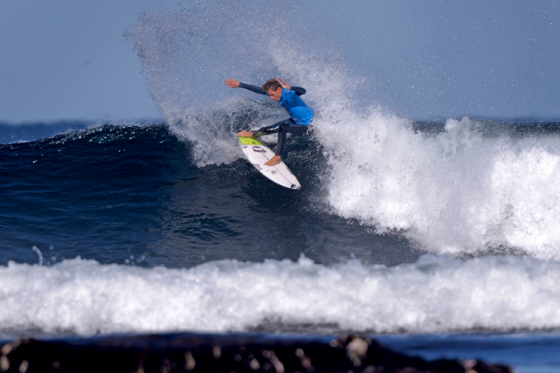