ASB MAGAZINE: ISA President Fernando Aguerre’s Olympic dream is only weeks away provided another COVID19 wave doesn’t crash the party. Fernando admits the current ISA World Surfing Games being held in El Salvador is the most difficult event he’s ever run in his 27 years. Surfing’s Olympic dream, held aloft by the charismatic ISA President, is about to become a reality at the conclusion of the ISA’s in El Salvador where the final 12 places for Tokyo will be decided. The event hasn’t been without controversy, as COVID19 threatened once again to extinguish the Olympic flame.

Fernando Aguerre has intersected my career both during my time at Surfing Australia and later at Reef, the company he founded. I clearly remember the defining moment in 1994  as the baton was passed from then ISA President Rod Brooks (Australia) to the Argentinian born Fernando, whose vision for a global surfing community, united under the Olympic rings, was apparent even then.

I was fortunate enough to travel with the Australian surfing team to the 1998 ISA World Surfing Games (WSG’s) in Portugal, it was the first year ‘the pro’s’ were allowed to compete, and the men’s event was taken out by highly ranked then (ASP) Australian surfer, Mick Campbell. In 1998, Olympic surfing was still a distant dream, and NGO funding was equivalent to sports like table tennis and futsal. If you don’t know what futsal is then I guess I’ve made my point. The big sports, the ones guaranteed of medals including swimming, athletics and rowing ruled the roost under the reign of (then) Australian Olympic Committee (AOC) chief, John Coates.

By 1996, Surfing Australia had passed the first hurdle towards International Olympic Committee (IOC) recognition by gaining Australian Olympic Committee (AOC) ‘member’ status. It was an arduous process dealing with the AOC that involved many meetings, countless hours on the phone and a country mile of fax paper. In four short years, Sydney was next on the Olympic agenda and surfing was a very real prospect of being a demonstration sport at the birthplace of modern surfing in Manly. However, that honour went to Surf-Lifesaving and the Olympic surfing dream was sunk when Kylie Minogue was carried into the Sydney Olympic stadium on the shoulders of some bronzed-up surf lifesavers wearing budgie smugglers.

As Fernando knows too well, the wheels of the Olympic rings take a long time to turn, however I didn’t think it would take another 23 years for surfing to make its long awaited debut at Tokyo 2021. Forging ahead with the ISA’s in El Salvador  wasn’t without controversy when over a dozen athletes tested positive for COVID19 and  several athletes departing the competition, choosing not to surf their second round heats.

However, with just 47 days until surfing makes its debut in Tokyo, and with the ever present spectre of COVID19 threatening to crash the party, Fernando’s gaze is already over the next set.

“We went out to paddle a wave and we met four,” says ISA President Fernando Aguerre.

The ISA President is currently in El Salvador but says that Tahiti is a likely venue for Paris 2024, the 2028 Games likely to be in the surf rich capital of Los Angeles and a possible 2032 Olympic Games in Brisbane. Fernando also defines as “the worldwide explosion of surfing,” and he points to El Salvador, the smallest country in Central America, a nation with a turbulent and violent history that wants to show another face: surfing.

“This tournament in El Salvador is a special tournament, it should have been held a year ago. And the special thing is that there was never an event like this in El Salvador, a country that has magnificent waves, warm water, a paradise. Surfing is the vehicle chosen by the El Salvador authorities to change the country and turn it into a tourist attraction. We already did a stand-up paddleboard World Cup in El Salvador, and it was wonderful.”

“This tournament is very special for me, because it contemplates gender equality and there are so many women in the water surfing here.”

“When I started surfing in Mar del Plata there were only one or two girls. This quota of 50 and 50 has produced something beautiful, in the Miyazaki World Cup we had 42 percent, and now 48. We are already where we wanted to be and it makes me very happy, surfing is going the right way”.

The contest on the Salvadoran beaches of La Bocana and El Sunzal is also the opportunity for less powerful countries in surfing to qualify their representatives for Tokyo. That’s something that Fernando is particularly passionate about.

“The most powerful teams, the United States, Australia, France, Brazil and South Africa already have their places guaranteed. This tournament allows those who finish eleventh or twelfth to reach the Games, because the quota of two athletes per country is already exhausted for those countries.”

“Surfing represents a gigantic change of direction in the Olympic program. Many years ago, triathlon and beach volleyball entered, which were already existing sports in the program. Surfing is totally different, it is like skateboarding, and this masterful move by IOC President Thomas Bach represented the entry of three youth sports. One that is the beach and the sea, another that is urban, (skateboarding), and another that is outdoors (sport climbing),” Aguerre enthuses.

The confirmation that surfing will be included for the Paris 2024 program  was welcomed by Fernando.

“This opens a path for surfing in the Olympic world, because surfing was only going to be in Tokyo, and now it is already confirmed for Paris and in an incredible place like Teahupo’o, in Tahiti, which is part of France. One of the best waves in the world. And in 2028, the Games are in Los Angeles, the surf capital of the world. Everyone knows that California is the symbol of surfing. And if the 2032 Games go to Brisbane we will be in another surf capital. We went out to row a wave and we met four.”

The 63-year-old Argentine believes that surfing is one of the sports of the future and he says the pandemic has played a part in this.

“How difficult life is locked up in cities and working at home has shown us that much of what we saw as desirable in modern life was not. Last year, in every country in the world there has been an explosion of on-air sports free and individual sports. Team and indoor sports are more complicated. In surfing you are in the sea, it is like going for a walk. There is an explosion of interest in cycling, surfing and SUP. The wetsuit factories around the world can’t keep up. ”

It is, the ISA President implies, the bright side of a world turned upside down.

“The pandemic has been a trigger for human beings to approach healthy life. We realized that it is good to work, it is good to make money and it is good to make a career, but also that life needs other things and many of those things that we need we cannot buy, they only require free time. There has been a revaluation of the family, of friendship, of all that we took for granted. This gives me a lot of hope, although I know that we are in a very difficult moment in the history of mankind. ”

“The pandemic has been a trigger for human beings to approach healthy life. We realized that it is good to work, it is good to make money and it is good to make a career, but also that life needs other things and many of those things that we need we cannot buy, they only require free time.” 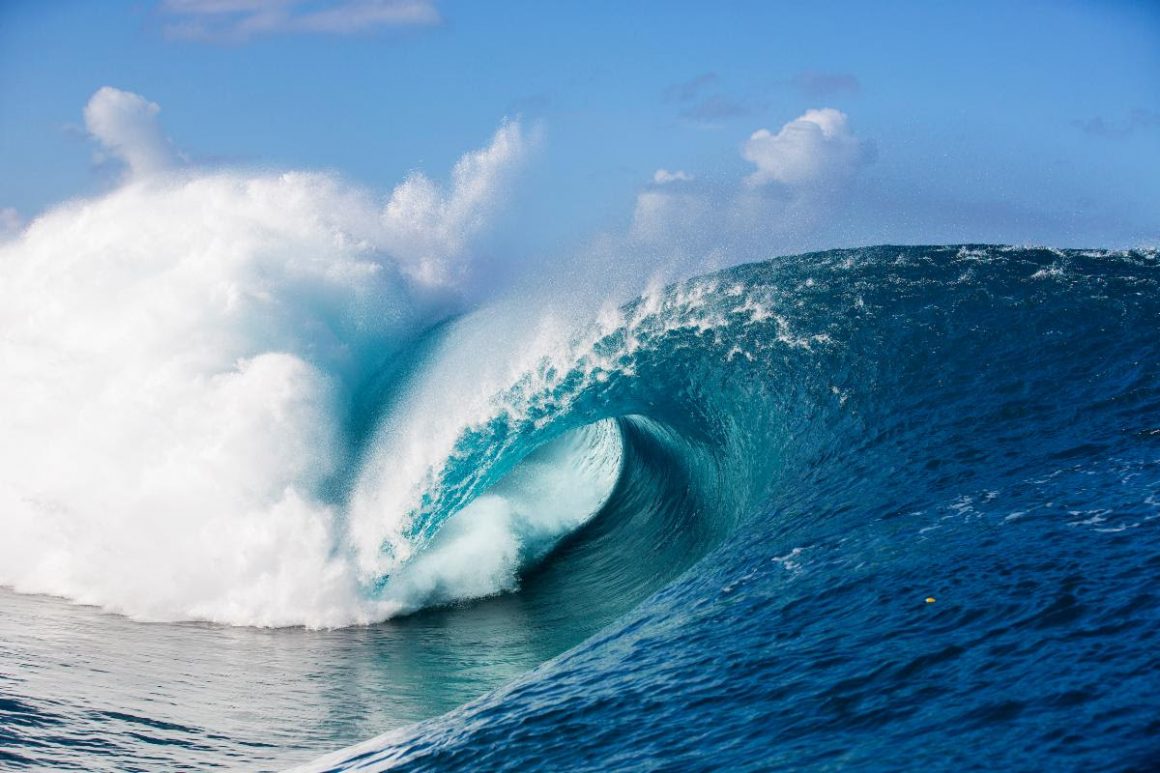 Without getting too far ahead,  Fernando says he allows himself to dream what the sixteen Olympic days of Paris in 2024 will be like in three years.

“France is a huge country, it has parts in the Pacific, the Caribbean, the Indian Ocean and the Atlantic. And Tahiti is part of Polynesia, which is where surfing originated. The IOC, Paris 2024 and the ISA decided that Tahiti was the right place, and I’m very excited, ” he says.

“I think it’s going to show spectacular surfing and that surfing is going to produce one of the strongest ratings in the Olympic movement. Think about this: when the day is over in Paris they are going to show you, what is happening at that very moment in Tahiti, which is on the other side of the world.”

For Fernando, that Olympic dream, that nearly became a nightmare due to the global pandemic is finally about to become a reality next month in Tokyo. The ISA 2021 World Surfing Games concludes tomorrow.

Source: ISA & Inside The Games 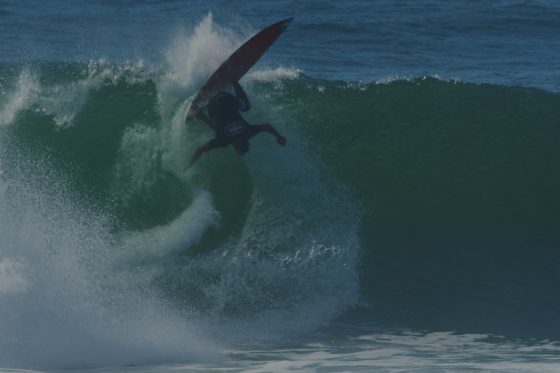 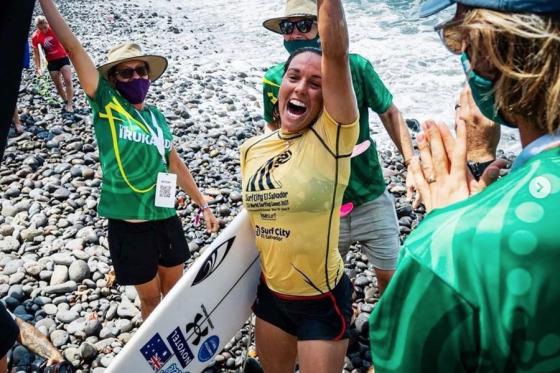