ASB MAGAZINE: Culburra Beach Boardriders Club have taken out the 2018 nudie Australian Boardriders Battle Final in pumping waves at Newcastle Beach. It was a family affair as Mikey and Tyler Wright teamed up with Jordin and Ty Watsonalong with Jordan Dank to take the ultimate bragging rights in Australian Club Surfing.

The club, who only formed in 2014, had been edging closer to a final berth every year at the event and looked primed in 2018 with the addition of current Women’s World Champion Tyler Wright and Brother Mikey. With only 50 seconds left, Mikey was the hero, finding a mid-range score and making it back to the beach just in time for the final to finish and to hear that the young club had just made history.

“This is incredible to win today – it’s so special,” Wright said. “I knew we were in good hands having Mikey out there at the end, he is such a weapon and could always get the score. Seeing him run up the beach at the end was good, he has so much passion for family and our club and that is what we needed today to get the win. Winning a World Title is obviously one of the greatest achievements, but this is more for the community and family – the hometown. I travel and compete with them in my heart but to be here today with all of them is incredible – these are the people that raised us and I couldn’t be prouder.” 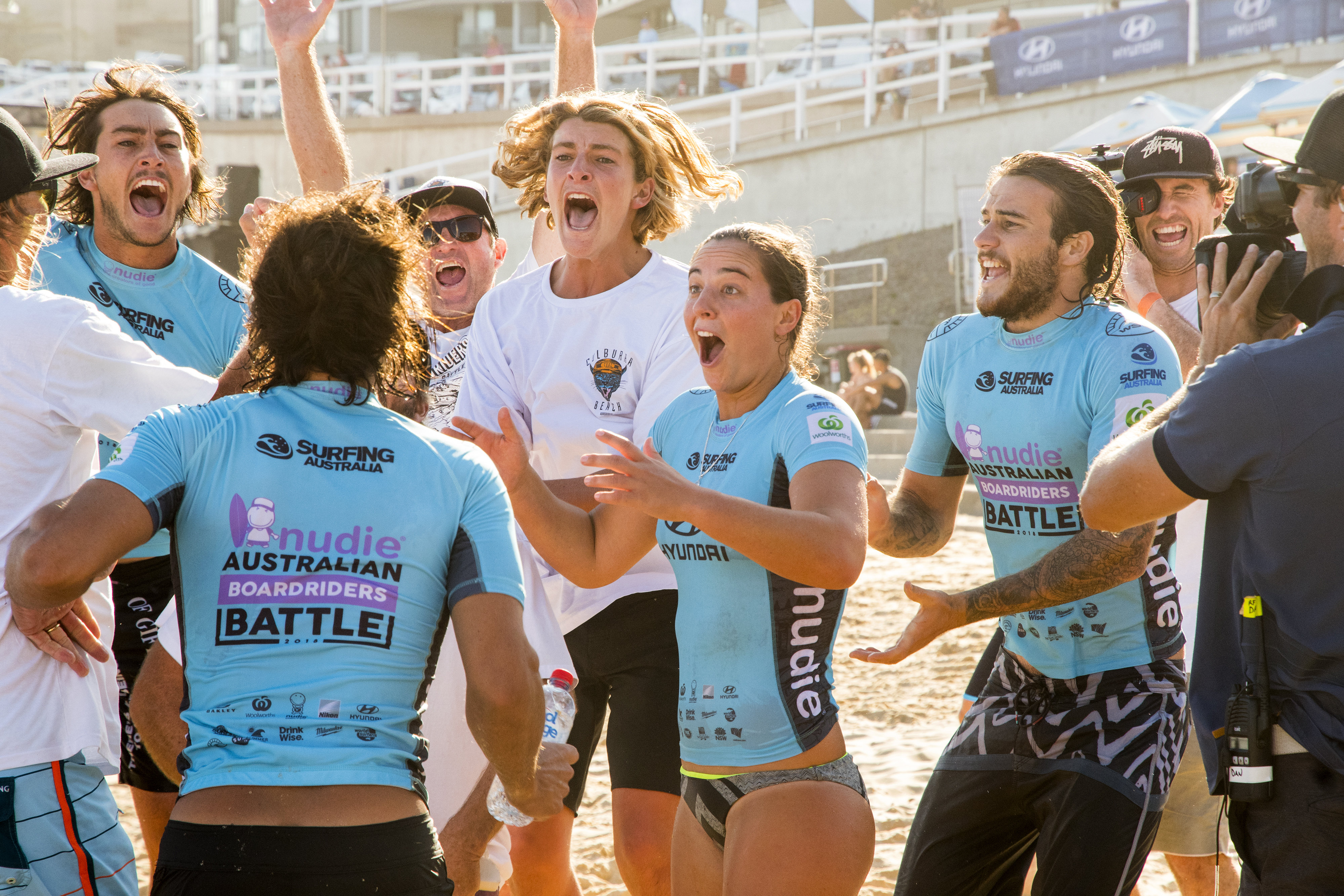 Caption: The moment the winning scores were read out.
Credit: © WSL /  Tom Bennett

Having struggled during the teams division earlier in the day, Culburra were certain they didn’t have a chance of making the final and began to leave Newcastle. With Jordin Watson at the airport and Tyler on the Central Coast, they rushed back to the beach and prepared for the final where they came up against past champions North Narrabeen, event wildcards North Shelly and local favourites Merewether.

“I was down on the Central Coast not long ago and Jordy was at the airport so we were lucky to even make it back,” Wright continued.

Tyler’s younger brother Mikey was the star for the club taking out the skins earlier in the day then finding the winning wave in the final. Mikey couldn’t be prouder of the battle his club put up on the Final Day. Mikey Wright was also awarded the prestigious Wayne ‘Rabbit’ Bartholomew medal for being the best performer of the event.

“As I was taking off on that wave I heard them say I had 53 seconds,” Mikey Wright said. “I knew I just needed to do two turns, then get up the beach and get into the gate. I ran through the gate and as I took a couple deep breaths I heard the countdown go three, two, one… So I was stoked to make it. Winning as team is an unreal feeling, it’s not just the surfers in the jerseys, but we had supporters, our boardriders club and the whole community back home in Culburra. Our team was almost out, but I had a good morning and made some heats, we love a fight and we never give up. Everyone played their part and I’m really proud of what we did today.” 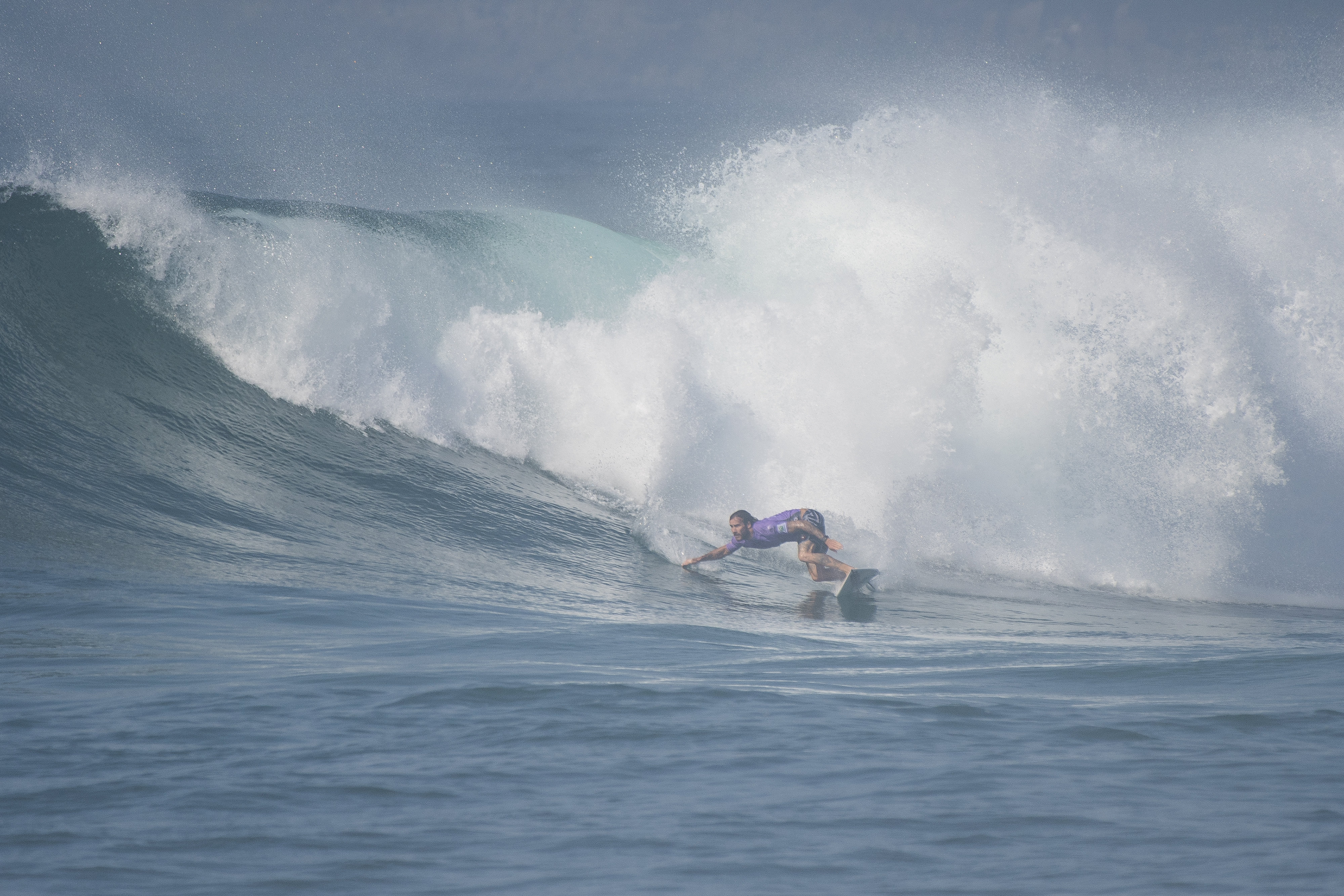 Culburra club President Ty Watson was the heart and soul on the Final Day, willing his team on, even when it looked like they were gone. His performance was solid and held Culburra in the race along with his brother Jordin and club-man Jordan Dank.

“I can’t believe we won and we didn’t even have Owen (Wright) here,” Watson said. “I spoke to him before the final and he said he was watching and supporting the team. We thought we’d be out of the event because we had a bad heat in the Tag Team yesterday. Half the team had left town, Tyler was in Avoca and my brother was at the airport when we found out that Mikey had won enough Skins heats for us to qualify for the final. Then we came here and won. It’s a great feeling.”

Macy Callaghan added another accolade to her increasingly impressive resume after being awarded the Layne Beachley medal for being the top female performer over the weekend, her second time being awarded this prestigious honour. Callaghan’s club North Shelly Boardriders had to settle for 4th place overall today, but the future surfing star was one of the main reasons they made a final appearance.

“It’s been such a great weekend!” Callaghan said. “Of course it would have been great to win the event, but our club made the final and we had a great time enjoying the event together. It’s a real honour to win this medal, I’ve looked up to Layne my whole life and it’s great to have her here watching me surf. I’m feeling great and really excited about the next couple of events we have coming up.”

Following in exactly the same trajectory to the 2016 nudie Australian Boardriders Battle, North Shelly Boardriders’ Shane Holmes managed to take out the Milwaukee Heavy Duty Award for a barrage of impressive snaps and carves over the course of the event. Holmes claimed a $500 purse as well as a bunch of Milwaukee products for his efforts.

The nudie Australian Boardriders Battle is officially sanctioned by the World Surf League (WSL), which allows Australian WSL Championship Tour surfers (men and women) the opportunity to represent their local boardriders club at respective state qualifying events as well as the national final.

To find out more information, please visit www.australianboardridersbattle.com, www.worldsurfleague.com or on the Free WSL App. 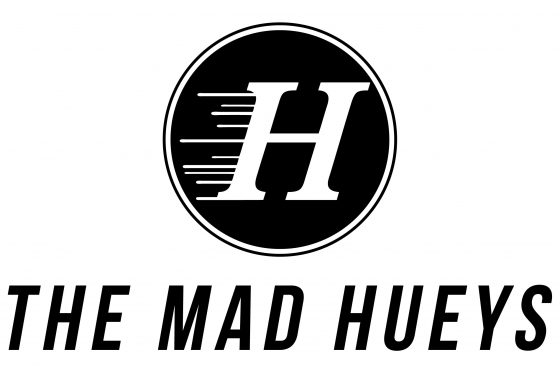