ASB MAGAZINE: A fundraiser dubbed the Fétes De Bayonne Golf & Festival in Memory of Pierre Agnes was held this week at the Santa Ana Country Club USA. The event, now in its second year raised money for the Boardriders Foundation for environmental and ocean causes. Among the attendees were 11-time World Surf Champion Kelly Slater and Quiksilver co-founder Bob McKnight. It’s the type of gathering Pierre Agnes loved in the Basque region of his native France: a days-long celebration where friends and strangers gathered in memory of Agnes, the former CEO of Quiksilver who was lost at sea in January 2018.

“I certainly want to keep his memory alive in the company,” said Quiksilver co-founder and now brand ambassador Bob McKnight. “People have a great memory of him — we do this so we can talk about Pierre Agnes. He certainly touched our company and brands big, and his fingerprints still live on everything we do, every day. It’s nice to reflect and memorialize him once a year.”

Agnes started with the company as a teenager, fresh off a national championship surfing title. He worked his way up the company ranks, in the warehouse and as team manager, then launched his own branch of the brand overseeing sunglasses and watches as Quiksilver expanded to accessories.

Eventually, he became president of the European branch, and then CEO of the entire company.

“It’s an amazing story – a great person and one of my deepest friends of all time,” McKnight said.

Agnes was lost at sea while out on a boat during a stormy morning off France’s coast, just as Quiksilver and hedge-fund Oaktree Capital Management finalized a deal that bought in rival Billabong and rebranded the surf industry conglomerate under the Boardriders Inc. umbrella.

Agnes was passionate about the Boardriders Foundation, the non-profit charitable arm of the surf-industry giant put on hiatus about five years ago while the company went through a financial downswing.

“We put it in what I called ‘hibernation.’ We never really shut it down, but we stopped activities because we couldn’t afford it. We just stopped,” McKnight said.

Agnes, McKnight and David Tanner, named the new CEO when Boardrider Inc. was formed, were working on bringing the foundation back into the business just before Agnes’ disappearance

“We all have these things we wanted to support,” McKnight said. “The list has shifted around, but it’s always focused on ocean protection and environment, the things that support our business in the oceans and mountains.”

The Quiksilver Foundation was formed in 2004 in Huntington Beach and through 2013 granted more than $6 million to charities. The foundation suspended operations from 2013 to 2016 during Quiksilver’s re-organization and was re-instated as Boardriders Foundation two years ago.

Bringing back the Boardriders Foundation not only supports other non-profits that benefit from the money raised, but also shows that Boardriders Inc. – which recently moved most of its nine brands, including combining Quiksilver and Billabong, into the same Huntington Beach building – is back on track.

“Things are definitely better and, on the upswing,” McKnight said. “We’ve learned how to run the business more efficiently … when we are profitable, our duty should be to give back.” 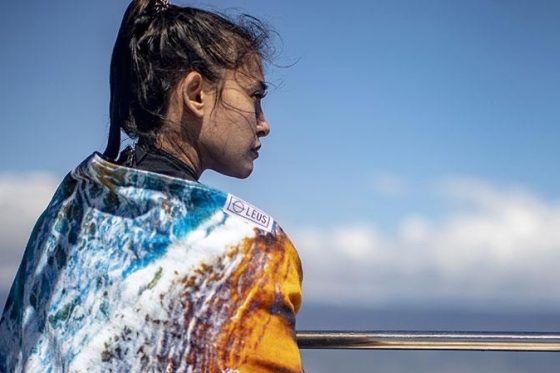