ASB MAGAZINE: Bluestar Alliance (BSA) has made its first public statement since acquiring Hurley on 29 October and amid widespread surf media attention surrounding it’s high profile surf team. According to (BSA) the company has gone forward to rebuild Hurley’s core infrastructure and has poised the brand for growth. Focusing on what Hurley represents, the new plan encompasses much of the original Hurley vision: to be the epicentre of all things Surf, Skate, Snow, Art, Music & Culture.

Earlier this year Hurley announced a restructuring of its corporate workforce to align its organization with the company’s go-forward strategy. According to CEO, Joseph Gabbay, “As part of this restructuring, 56 jobs were unfortunately eliminated. This was a very difficult decision that had to be made in order to implement a sustainable plan for long-term growth. We could not continue to replicate the prior model, but that does not mean we don’t respect the brand, it’s culture or the people that have helped build it. No one wants to have to make these difficult decisions, but they were necessary if Hurley was to go forward.“

“When we acquired Hurley, we outlined three priorities,” said Ralph Gindi, Chief Operating Officer. “Changing the trajectory of our overall Surf business; developing and right-sizing the Hurley marketing strategy while expanding the focus beyond surf–into Skate, Snow, Music and Art; and finally, putting the best in class licensing partners in place to expand the brand footprint into a full lifestyle brand.” Under the previous ownership, Hurley spent years focused only on product in the Surf arena. With the current strategy Hurley will have the opportunity to broaden its category base into a 365 day a year brand, across Men’s, Women’s & Kids.

The business has quickly transitioned into the newly licensed model. But while doing so, Hurley and their respective licensees worked hard to keep key the Brand heritage, as well as allowing specialized manufacturing companies to focus on a broader range of product categories. “We have worked diligently to bring on companies who can offer the best product available to the market—and in turn to the Hurley consumer. Our model allows companies with a broad range of capabilities to manufacture the best, hottest and most innovative products in the market. Authenticity is key.”

Hurley will keep its long-standing licensee partnership with United Legwear. The company has been responsible for the Men’s apparel that has been the core of Hurley for many years and remains a large part of the new strategy. “Prior ownership entrusted outside partners to manufacture their product, and we made it a point to not only retain those partnerships, but to grow them. United Legwear hired key members of the Hurley product, sales and innovation teams and will continue to deliver the Hurley product that is expected by discerning athletes and fans.”

Another key move is the acquisition of Hurley’s operations in Barcelona, Spain, by David Meire and Javier Carrea. David Meire has over 20 years’ experience as VP & GM of Football at Nike, while Javier Carrera was also a VP & GM for Quiksilver & Nike. They will operate under a new distribution agreement for the EMEA (Europe, Middle East and Africa) territory, and have the experience to expand the business across all categories of product.

One thing Hurley is not doing is changing its distribution model. “Honouring the better retailers is our number 1 priority,” says Gabbay. “The quality of the product will continue to be the best in the market, and the retailers we work with will remain within the scope of the current Hurley customers. While the plan is to grow the more broadly and diversify the product categories, the intent is to have Hurley remain a premier resource in Surf and beyond.”

The Costa Mesa site, where Hurley was born, remains crucial to the global strategy as it is a testament to the brand’s heritage and future Development.

“Costa Mesa is the hub of our surf design and development, and will still employ 90+ people in design, production and sales, primarily based in the current corporate headquarters,” says Gabbay. “It will also remain the cultural centre for the brand as we look to reintroduce on-campus events and initiatives.”

Hurley Retail has remained successful and has continued to be a force even through a difficult retail climate. The current retail leadership remains intact and Hurley has added several positions. All in all, Hurley Retail employs approximately 320 full & part-time individuals. The current field team is extremely valuable and continues to ensure the stores enhance the level of service and product offered to the Hurley customer.

“We will continue to focus on major competitive sponsorships in Surf but will be looking for other action sport initiatives,” says Gindi. “Tying in the right athletes, celebrities and influencers, in an inclusive way, is our goal. We want more, not less. There are several exciting deals in the works that we will announce over the coming weeks.”

Yet while Surf is still Hurley’s top priority, and the soul of the brand, broadening Hurley’s scope overall has required a few changes to the Surf program. The shift will ultimately allow for growth and partnerships outside of a star athlete roster. Gindi stresses “the importance of youth programs and community outreach.”

In the most recent years, the athlete program was not aligned with the business, in order to survive there had to be change.

“Under this new organizational structure, we are positioned to accelerate profitable growth while still honouring the brand DNA. We will not sway from the core, and we will continue to serve our current customer base, focusing on the youth and deploying the necessary resources to expand the Hurley lifestyle brand domestically and internationally.” 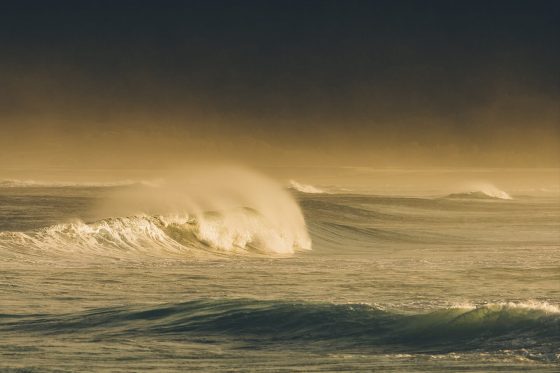 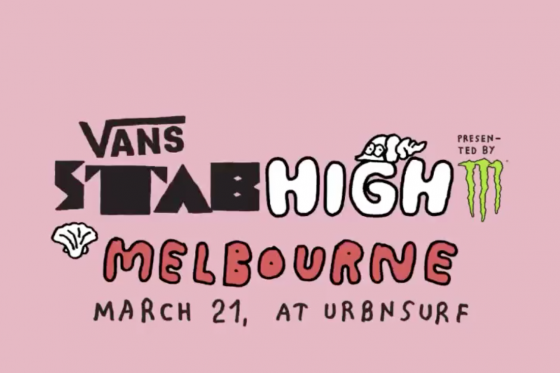