ASB MAGAZINE: Billabong has recently received queries from some shareholders in relation to the financial covenant contained in Billabong’s senior secured loan facility provided by entities affiliated with Centerbridge Partners, L.P and Oaktree Capital Management, L.P (the “C/O Debt Facility”). The C/O Debt Facility is subject to a single financial covenant which is tested on a quarterly basis. Billabong advises that such covenant requires that the ratio of total interest bearing debt at the end of the relevant quarter to the last 12 months adjusted EBITDA1 must not exceed 6.00:1.00. Breach of this covenant would be an event of default which, unless remedied, may lead to the C/O Debt Facility becoming due and payable.

Trading conditions remain broadly consistent with the expectations detailed in the 2017 full year results announced on 30 August 2017. The Company will be providing its scheduled update at the Annual General Meeting on Tuesday, 21 November 2017.

1 The terms of the C/O Facility require certain adjustments to the calculation of total interest bearing debt and reported LTM EBITDA, for the purposes of this calculation. Those adjustments are to take account of matters such as acquisitions, disposals and the use of appropriate exchange rates for the purpose of converting US dollar amounts into Australian dollars. Because of these adjustments, the actual covenant calculations will differ from those based on reported interest bearing liabilities and EBITDA.

2 Looking forward to the 2018 financial year, the composition of the earnings will continue to be weighted towards Asia Pacific and retail in the first half, and towards the Americas and Europe in the second half. In FY18 the Group expects to show further progress in the Americas and Europe, although circumstances that have impacted the Asia Pacific performance in FY17 are expected to continue to weigh on trading in that region, especially in the first half. Overall, the group expects FY18 EBITDA (excluding significant items) to exceed FY17 EBITDA of $51.1 million, subject to reasonable trading conditions and currency markets remaining relatively stable. Given the increasing proportion of earnings represented by the Americas and Europe, the earnings profile for FY18 is expected to be similar to FY17, with the first half EBITDA below the prior corresponding period and all the growth biased towards the second half. 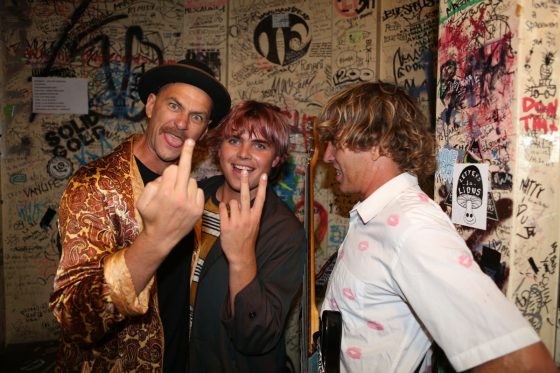