ASB MAGAZINE: AirAsia and Australia’s leading surfing bodies today announced a joint partnership that will see the World’s Best Low Cost Carrier become Surfing’s Official Airline Partner in Australia. To celebrate, the airline has launched its Surfs Up, Fares down sale alongside a special offer that will allow Surfers to pack and travel with their surfboard free of charge to selected destinations on the AirAsia network*. AirAsia’s Surfs Up, Fares down sale begins on the 19th March 2018 with fares from Sydney, Melbourne, Perth and the Gold Coast to the exotic surf spots of Sri Lanka, Taiwan, Bali and Thailand starting from just $239* one way.

Announced on the Gold Coast alongside the World Surfing League’s (WSL) Quiksilver and Roxy Pro Gold Coast event with pro surfers Connor O’Leary, Tatiana Weston-Webb, Keanu Asing, and Paige Hareb, the deal between Surfing Australia, State territories and the WSL’s Australian professional series would encourage Australians to adventure beyond their own backyard and explore the hottest surf spots of Asia.

AirAsia Group CEO Tony Fernandes said,  “”Travelling with your surfboard has never been easier with AirAsia”

“Aquatic activities such as surfing are part of what makes Australia a special place to live and visit, and we are delighted to form such a strong partnership with the Australian surfing community.

“The vast majority of the 675,000 Australian guests we carry on our flights each year travel solely for leisure purposes – activities such as surfing and watersports.

“Through this partnership, we want to encourage even more Australian guests to pack their surfboard and discover the more than 200 surf breaks across our network in countries such as Indonesia, Thailand, Japan, the Maldives and Sri Lanka.”

“With over 130 destinations across Asia Pacific and our exceptional service, we are confident Australian’s will have no trouble finding the perfect set to call their own.”

Surfing Australia CEO Andrew Stark said, “Waves of Australians have been packing their boards and jetting off on surfing holidays to parts of Asia for many years.

“Surfing Australia and our state surfing bodies are extremely excited about the program of work we have planned with AirAsia and delighted to have them on-board as the Official Airline Partner in Australia.”

World Surfing League CEO Sophie Goldschmidt said, “WSL fans can expect to see some wonderful additions to our Australian series including the awarding of the AirAsia Big Air© at the Quiksilver Pro on the Gold Coast, Rip Curl Pro at Bells Beach and Margaret River Pro in Perth.

“I’m genuinely excited about the additions to the program and more importantly the engagement of our fans as part of this partnership – the WSL welcomes AirAsia to our surfing family.”

AirAsia pioneered long-haul low-cost travel to and from Australia in November 2007 when the first AirAsia X aircraft touched down on the Gold Coast. Since then, AirAsia has carried more than 6.2 million Australian guests on its global network.

To book your next surfing adventure visit: airasia.com

About AirAsia
AirAsia, the world’s leading low-cost carrier, services an extensive network of over 130 destinations across Asia Pacific. Since starting operations in 2001, AirAsia has carried more than 400 million guests and grown its fleet from just two aircraft to over 200. The airline is proud to be a truly Asean (Association of Southeast Asian Nations) airline with established operations based in Malaysia, Indonesia, Thailand and the Philippines as well as India and Japan, servicing a network stretching across Asia, Australia and New Zealand, the Middle East and the US. AirAsia has been named the World’s Best Low-Cost Airline at the annual Skytrax World Airline Awards nine times in a row from 2009 to 2017. AirAsia was also awarded World’s Leading Low-Cost Airline for the fifth consecutive year at the 2017 World Travel Awards, where it became the inaugural recipient of the World’s Leading Low-Cost Airline Cabin Crew award. 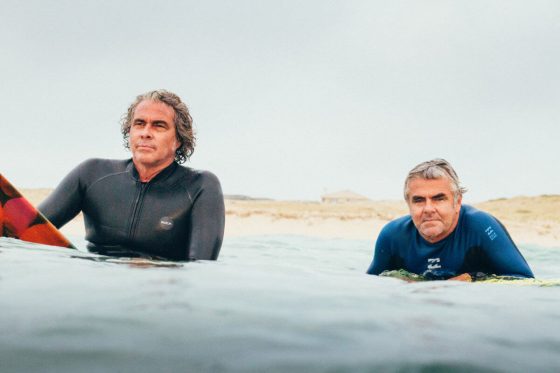 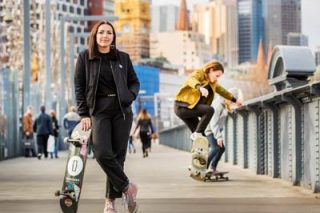