ASB MAGAZINE: The World Surf League (WSL) today released its 2020 Championship Tour calendar which was highlighted by the addition of the Quiksilver Pro Gland for both the men and women. Amongst the sponsor movements Corona have taken the title sponsorship for the Gold Coast events. The 2020 season also makes allowances for WSL surfers to compete in the Tokyo Olympics in July and sees the introduction of the new Challenger Series.

Quiksilver made a statement via social media today in unison with today’s announcement from WSL; “We’re bringing the #QuikPro back to one of the world’s wildest waves, G-Land. There’ll be no home ground advantages. No extended support crews. No 5-star accommodations. Just a perfect wave and the world’s best surfers gunning for victory in the jungle. This is surfing’s Return To Raw.”

Garry Wall, General Manager of Quiksilver commented further adding: “Bringing the Quiksilver Pro G-Land back to the surf calendar has long been an ambition of Quiksilver and 2020 is the perfect time for our surfers to get back out to Grajagan Bay and really return to raw. As a brand we want to challenge our athletes and inspire future generations, and this competition will do just that, it’s time for a little disruption.”

“The world’s best surfing happens on the WSL Championship Tour,” Adrian Buchan, CT surfer and Surfers’ Representative, said. “Never before has that been more apparent than in recent seasons and the 2020 calendar looks amazing. Off the back of our extended agreement between the surfers and the WSL, it’s a really exciting time to be on tour. G-Land was where the Dream Tour was born and it’s so exciting to be heading back there. I grew up watching the likes of Kelly (Slater) and Tom Carroll compete there and I can’t wait to see how this generation of surfers approach the wave.”

The 2020 WSL season will once again deliver the world’s best surfers in the world’s best waves across Australia, Brazil, South Africa, French Polynesia, California, France, Portugal and Hawaii. The Championship Tour will also be returning to the iconic world-class lefthander of Grajagan (also known as G-Land) for the Quiksilver Pro G-Land.

“The goal in designing the WSL Championship Tour calendar is to ensure we’re elevating the world’s best surfing in the live arena,” Pat O’Connell, WSL SVP Tours and Competition, said. “There are some unique challenges around the Olympic opportunity in 2020, but we’re really pleased with where we landed with on the schedule in terms of variety in world-class waves.”

“The WSL Championship Tour is the home of the world’s best surfing and 2020 is poised to be a major year with the Olympic Games and our strongest calendar to date,” Sophie Goldschmidt, WSL CEO, said. “The performance levels seen in recent seasons, and especially in 2019, continue to go to new levels and excite an ever-growing global audience. Further highlighted this season by both the men’s and women’s title races coming down to the final events in Hawaii with multiple contenders on both sides.”

Surfing in 2020 will be further elevated by its inclusion into the 2020 Olympic Games in Japan. As such, the holistic WSL schedule – Championship Tour, Qualifying Series and Pro Junior Series – has accommodated both the Olympic Games and the qualifier event to ensure the world’s best surfers from the Championship Tour have the opportunity to represent their respective countries next summer.

Another major component of the 2020 season will be the implementation of the WSL Challenger Series.

The 2020 Qualifying Series – the development and qualification tier for the CT – will feature two primary segments: the Challenger Series (events that award 10,000-points towards a surfer’s QS ranking) and the QS 5,000, 3,000, 1,500 and 1,000 events that will all contribute to a surfer’s year-end QS ranking as they work towards qualifying for the CT.

Watch the Preview show with Chris Cote and Pat O’Connell here A full breakdown on the 2020 WSL Championship Tour calendar can be viewed at WorldSurfLeague.com. 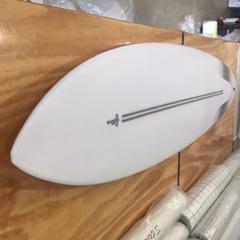