By stripping down and riding waves in remote and idyllic locations, Palmateer undertakes a journey towards uninhibited self-expression. She is a lady, alone and at home in the sea, doing something she loves.

She is exploring her own definition of what it means to be “me“.

“What began as a rather simple yet scary and exciting idea, has transformed into something far more cathartic, beautiful and challenging than I dreamed,” explains Palmateer.

“The process was incredibly empowering. By embracing my femininity it helped immensely with my self-esteem and self acceptance.”

“The ocean has been my playground, it has shaped my life since I was young; as has art.”

“I use both surfing and art as forms of meditation, motivation and as escapism. I feel most comfortable when I’m either in the water surfing, or creating.”

“To be able to intertwine art and surfing in such an intimate way in a project like Skin Deep has been so satisfying.”

The Skin Deep project, conceptualised by Palmateer and brought to life with the help of a small team of professional film makers, has a production timeline of nearly three years.

State-of the-art Phantom cameras were used to capture many of Skin Deep’s most hypnotic moments and hours of RED EPIC and drone aerial footage were accumulated, then edited to the resulting four-minutes of captivating vision.

While certain beaches, backdrops and coastal formations may be recognisable, other locations were chosen for their remoteness and unspoiled, natural beauty. There were many logistical hurdles to consider during production.

Explains Skin Deep Producer, Johnathan “JJ” Jenkins: “Many of the accessible surf zones we considered are populated year-round so finding ideal locations and accounting for weather and waves was very tricky.”

“Another big component of this production was secrecy. It was essential we sort trusted, professional operators. Not only to ensure Felicity could feel comfortable performing, but so that we could travel discreetly to particularly special areas and avoid people, other cameras and crowds.”

All three are experts in their field, capturing some of surfing’s most spectacular imagery during their careers.

Rifici has received two AACTA (Australian Academy of Cinema Television and Arts) nominations; for Best Cinematography on the feature film, Drift starring Sam Worthington and for his work with Director/Actor Simon Baker and the movie Breath.

White is a former winner of the prestigious Canon Light award and his imagery has appeared in global campaigns for Apple.

The post production was handled by “Boogie Monster” in Perth, with editing by Joel Taylor.

The title “Skin Deep” was chosen by Palmateer. It is at once intended to be provocative, while simultaneously challenging notions to do with beauty.

The accompanying music track is the recently released “No Place” by Australian group RÜFÜS DU SOL. The lyrics and song’s chorus “There’s no place I’d rather be” serve to further enforce and emphasise Palmateer’s infatuation and engagement with the sea.

Art and surfing are the two driving forces that have steered Palmateer’s life. Her father, Warrick, taught Felicity to surf and himself is an acclaimed ceramist. His most recent exhibit Confluence premiered at the John Curtin Gallery in Perth, Western Australia in late 2018. Felicity’s mother, Pauline, studied fashion design.

Prior to the pandemic and Covid-19 related restrictions, a visual arts component of Skin Deep was planned with exhibits intended to be held domestically in Australia and Internationally.

For now, Skin Deep is being made available on Vimeo for AU$5.00

About Felicity Palmateer
Felicity Palmateer is an internationally renowned surfer and passionate artist.
Her first solo art exhibition titled “Bombora” was held in Sydney, Australia in 2015. She was also the first artist to exhibit solo at the world-renowned Cape Mentelle winery in Western Australia the same year. She has various commercial product collaborations to her name, including a Summer Essentials range with her former surfing sponsor, Billabong. In 2019 she finished 2nd in the WSL (World Surf League) Women’s Big Wave Invitational held at Jaws, Maui. She is a former Australian Open Womens Surfing Champion, has competed on the World Surf League Championship Tour and has ridden what is regarded to be the biggest waves ever surfed by an Australian female. Her father, Warrick is an acclaimed ceramist and recently exhibited “Confluence” at the John Curtin Gallery in Perth, Western Australia.

Rick Rifici http://rickrifici.com/
Drawing on skills and disciplines from his roots in broadcast television, Rick has progressed to become one of the world’s most highly regarded and sought-after land, air and water cinematographers, having worked on numerous feature films and international TVC spots in recent years, in addition to his ongoing work in action sports films and documentaries.
A highlight for Rifici includes AACTA (Australian Academy of Cinema and Television Arts Awards) nominations for Best Cinematography on the feature film Drift starring Sam Worthington and his work with Simon Baker for the movie Breath, filmed in the deep south of Western Australia.

Chris White
Chris White has pointed his lenses at some of the world’s most dangerous and revered surf spots. He is a former winner of the prestigious Canon Light Awards and in 2018 published the acclaimed photography book “Dark Light”. His work has appeared in Apple’s global marketing campaigns. His early work including the infamous cult-classic Tension bodyboard films. He is host and producer of The Grin Reapers podcast and lives with his family near the ocean in Western Australia.

About RÜFÜS DU SOL
RÜFÜS DU SOL is an alternative dance group from Sydney, Australia, that consists of Tyrone Lindqvist, Jon George and James Hunt. The track “No Place” is from their third album SOLACE which was released in October 2018, debuting at #1 on the ARIA Australian Artist Album Chart (#2 ARIA Album Chart). Courtesy of Sony Music Entertainment Australia Pty Ltd. 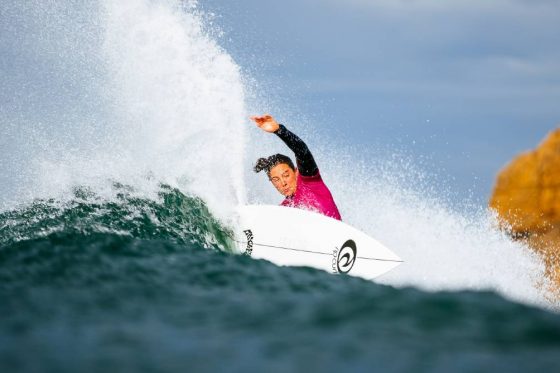 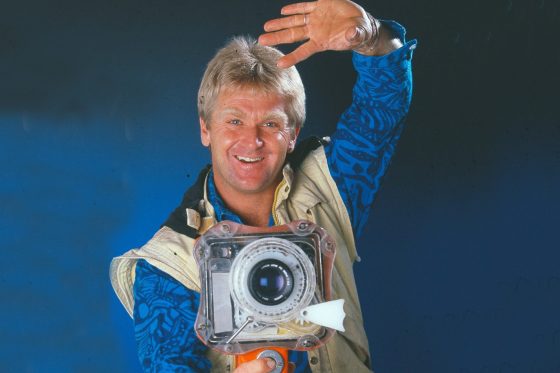