ACTIONWATCH:  May ‘20 was only down -8% so we expected robust growth compared to last year, but not that robust.  While the recent momentum for the softgood categories continued to accelerate the strong 2020 comps for the hardgood categories caused the year long streak of double digit growth to end in May 2021.

YTD May ‘21 the surf hardgoods and skate hardgoods categories are still up +89% and +60%, respectively, but for May ‘21 vs May ‘20 surf hardgoods grew ‘only’ +16% and skate hardgoods actually declined -8%, the first decline for this category since April ‘20.  Skimboard (-9%) hardgoods also declined while bodyboard hardgoods still grew (+13%).  The June ’20 comps will be even more challenging (+105% vs June ‘19 for hardgoods) so it’s likely we will see significant year over year declines for hardgoods for June ‘21 vs June ‘20. In comparison, Wetsuit sales declined -17% compared to last May, likely due to a combination of strong comps (+95% May ‘20 vs May ‘19) and a lack of inventory.

Apparel, the category with the largest volume and the largest margins, more than doubled sales again in May (+121%) and has grown +109% so far this year.  Accessories as a whole also performed extremely well (+121%), and there was much less variation from the fastest growing categories (jewelry, hats, belts grew more than +100%) to those that are growing at slightly lower rates (water bottles, underwear, socks, watches, sunglasses, wallets and bags all grew at least +70%, but less than +100%). While we never like to see any category experience a decline in sales I’m guessing not too many people are distraught that mask sales declined for the first time since last March (-12% May ‘21 vs May ‘20).  Sock sales appear to have turned a corner with almost +100% growth this month and a +41% YTD increase so far (shout out to Stance).

From a geographic perspective Hawaii, Southern California, Northern California as well as the Northeast over indexed, the South was in line with the panel while the midwest and northwest under indexed for May ‘21 vs May ‘20.

Besides wetsuits, skate hardgoods and skimboard hardgoods were the only categories that didn’t grow in May ‘21 are masks.  Remarkably, all other categories for both gender segments grew significantly compared to last May across all the apparel, footwear and accessories segments.

The female standard wetsuits had even tougher comps (+253%) and declined -39% this May, while wetsuit accessories were up against +126% comps from last year and declined -18% this year.  Rash guards in the women’s segment increased by +97% this year after a -37% decline last year.

It’s all about the comps!  For the rest of this year it’s likely that the hardgood and wetsuit categories will struggle to grow much vs the incredibly strong growth numbers these categories experienced every single month last year, starting with May ‘20.  However, I would not be surprised if the softgood categories will experience YoY growth pretty much the rest of the way, with the exception of the month of September when even the softgood categories experienced double digit growth in 2020.

Retailers enjoyed lower average cost for apparel, footwear and hardgoods, which had a dramatic impact on margins given the ASP increases in those three segments (+7% apparel, +9% footwear, +15% for hardgoods). Despite much higher sell through rates (44% in May ‘21 vs 30% in May ‘20) the average inventory was 27% higher at the end of May ’21 than it was at the end of May ’20, signaling a much better inventory position than last year as we enter summer. Even compared to the end of May ‘19 the average inventory is up +8% which indicates retailer optimism for the rest of the summer.

The high demand enabled retailers to secure higher margins in all categories, especially for wetsuits (+11 points to 47%!), but also for hardgoods (+3 points to 44%), apparel increased by 5 points to 55%, accessories by 3 points to 53%, and footwear by 2 points to 51%.

As we look out to the rest of the year we will be up against steep comparisons for some months, which will make it almost impossible to sustain the incredible growth rates we’ve experienced so far this year.  We expect June to be difficult (+15% June ‘20 vs June ‘19), but July (flat last year) and August (+3% last year) will likely be manageable, especially for softgoods.  The fourth quarter (+11% growth last year) will probably be somewhat challenging, especially for wetsuits and hardgoods, which grew at incredibly high rates in Q4 of 2020. 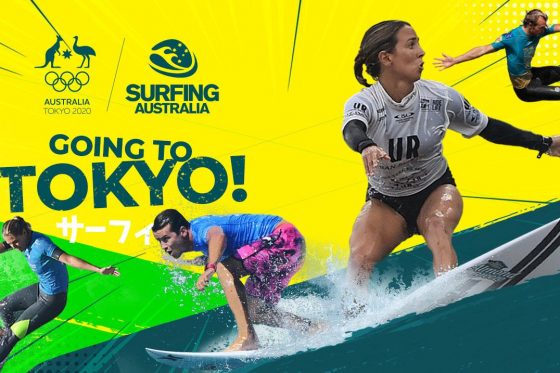